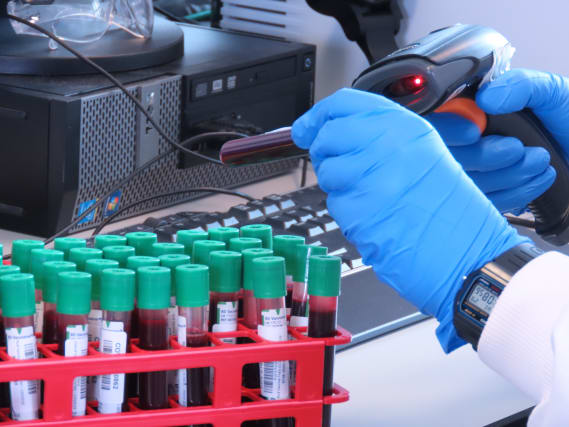 The approval of the Oxford/AstraZeneca coronavirus vaccine will bring hope to care home residents and elderly people who cannot leave their homes.

England’s chief medical officer, Professor Chris Whitty, said its rollout will speed up the time in which all of the most vulnerable groups will have had a chance to be vaccinated.

Experts believe the Oxford jab will be easier to deploy beyond formal healthcare settings, in part because it does not need to be stored at such cold temperatures as the other approved vaccine.

Prof Whitty’s deputy, Professor Jonathan Van-Tam, also previously suggested that people who cannot leave their homes may need to wait for the Oxford jab as it can be more easily split into smaller quantities.

And care organisations have said they are holding out hope for the Oxford vaccine.

It was several weeks after regulator approval, on December 2, before the Pfizer/BioNTech vaccine reached care homes in England.

The Pfizer jab, manufactured in Belgium, needs to be stored at minus 70C to minus 80C, can only be taken out of cold storage four times, and batches contain hundreds of doses which must be broken down for use in care homes to avoid wastage.

This has created challenges in getting the vaccine to care homes, and, despite being identified as a top priority for vaccines, care home residents were not included in the initial rollout.

Residents in England first received the jab in a small number of care homes in a pilot starting on December 16 – a fortnight after it was approved by the Medicines and Healthcare products Regulatory Agency (MHRA).

This was also the day that the vaccine reached Welsh care homes, while Scotland and Northern Ireland rolled it out earlier.

Until this point, some residents who were mobile were being bussed to hospital hubs so they could get the jab there.

But most were left waiting, as were elderly people unable to leave their own homes.

The vaccine was then rolled out to care homes in England with more than 50 residents, beginning in the week before Christmas.

The Oxford vaccine does not need to be stored in such cold conditions – it can be kept at temperatures between 2C and 8C.

This means it could be more mobile than the Pfizer jab and therefore more easily deployed into care homes of varying sizes and into private homes for individual doses.

Royal College of GPs chairman Professor Martin Marshall said the rollout of the coronavirus vaccination programme in care homes will be speeded up by approval of the Oxford vaccine.

Prof Whitty said the Oxford jab will make the vaccination programme “a lot easier” as it can be more flexibly deployed and the UK will have a greater volume of doses, on top of the relatively limited number of the Pfizer jab currently available.

He told a Downing Street press conference shortly before Christmas that, pending regulator approval and the absence of last-minute hitches, “it will speed up very substantially the period before we can actually get to the point the Prime Minister talked about, when those in the highest risk groups which the Joint Committee on Vaccination and Immunisation (JCVI) has identified can all be vaccinated”.

Care England, a leading care membership organisation, said in December that it was hoping for the Oxford vaccine to be approved “as soon as possible” for use in care homes.

As with the Pfizer vaccine, care home residents will be encouraged to take the jab but it is not mandatory.

People with power of attorney will be able to sign consent forms on behalf of residents without the mental capacity to consent, such as people with dementia.

For residents who cannot consent and where there is no power of attorney, decisions will be taken in their best interest by staff after consultation with family members.

All staff carrying out vaccinations will be trained in the issues of consent and the Mental Capacity Act.

This process is similar to how the annual flu vaccine is delivered.