Johnson urges MPs to back his trade deal with Brussels 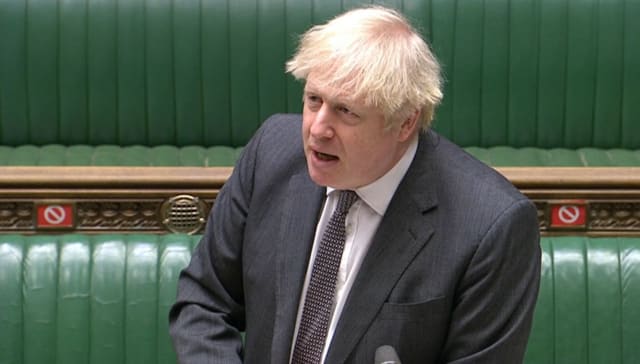 Boris Johnson has urged MPs to back his EU trade deal saying it will enable Britain to maintain the closet relations with its neighbours while taking control of its “national destiny”.

The Prime Minister opened the Commons debate as the Government sought to rush ratification of the agreement through Parliament in a single day.

With Labour having said it will support the EU (Future Relationship) Bill in the division lobbies, it is expected to pass comfortably in both the Commons and the Lords.

If it does, its provisions will come into force at 11pm on Thursday when the current Brexit transition period expires.

Mr Johnson told MPs that the agreement would provide “certainty” for businesses protecting jobs after months of wrangling over the terms of the UK’s final departure from Brussels.

“The purpose of this Bill is to accomplish something that the British people always knew in their hearts could be done and yet which we were continually told was impossible – we were told we could not have our cake and eat it – namely that we could trade and co-operate with our EU neighbours on the closest possible terms as we will while retaining sovereign control of our laws and our national destiny.

“We are going to open a new chapter in our national story, striking free trade deals around the world and reasserting global Britain as a liberal outward-looking force for good.”