How has the Oxford Covid vaccine been approved so quickly? 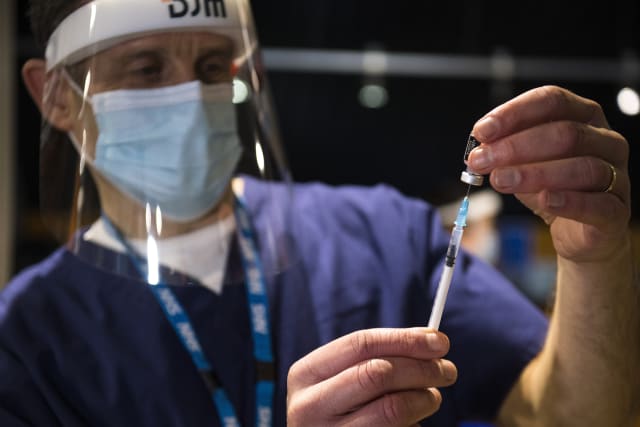 Traditionally vaccines can take years to research and develop, so how has a vaccine been approved for use so quickly?

Here the PA news agency answers your questions about vaccine production and approval in a pandemic.

– How has this come about so quickly?

– What is the usual process for developing a vaccine?

Traditionally vaccine development takes several years and includes various processes, including design and development stages followed by clinical trials – which in themselves need approval before they even begin.

The trials take place in three sequential stages – also known as phases. The research will show whether a vaccine generates antibodies but also protects people from disease. They will also identify any safety issues.

Once the trials are complete, the information gathered by researchers is sent to regulators for review.

This is thoroughly analysed by clinicians and scientists before being approved for widespread use.

Then, after approval from regulators, people can start to receive the vaccine.

– Is this different because of the pandemic?

The process looks slightly different in the trials for a Covid vaccine.

While the early design and development stages look similar, the clinical trial phases have overlapped – instead of taking place sequentially.

– But won’t that mean that safety is compromised?

Even though some phases of the clinical trial process have run in parallel rather than one after another, the safety checks have still been the same as they would for any new medicine.

The Medicines and Healthcare products Regulatory Agency (MHRA) has adopted the phrase “safety is our watchword”.

Regulators have said they will “rigorously assess” the data and evidence submitted on the vaccine’s safety, quality and effectiveness.

And, in most clinical trials, any safety issues are usually identified in the first two to three months – a period which has already lapsed for most vaccine frontrunners.

– How are regulators acting so quickly?

Regulators have been carrying out “rolling reviews”, which means that instead of going through reams of information at the conclusion of the trials, they have been given access to the data as the scientists work.

A rolling review of the vaccine data started several months ago.

This means regulators can start to look at scientific data earlier than they traditionally would do, which in turn means the approval process can be sped up.

Regulators sometimes have thousands of pages of information to go over with a fine-tooth comb – which understandably takes time.

Once all the data available on the vaccine is submitted, MHRA experts will carefully and scientifically review the safety, quality and effectiveness data – how it protects people from Covid-19 and the level of protection it provides.

After this has been done, advice is sought from the Government’s independent advisory body, the Commission on Human Medicines (CHM).

– What does ‘approved for use’ mean?

For a medicine to be used in the UK it has to be granted a licence. This means that it has been through all the rigorous safety and efficacy checks and regulators are confident in the findings of the clinical trials.

By reviewing the data as they become available, the MHRA can reach its opinion sooner on whether or not the medicine or vaccine should be licensed without compromising the thoroughness of their review.

– So what data will the regulator look at?

The information provided to the MHRA will have included what the vaccine contains, how it works in the body, how well it works and its side-effects, and who it is meant to be used for.

This data must include the results of all animal studies and clinical trials in humans, manufacturing and quality controls, consistency in batch production, and testing of the final product specification.

The factories where the vaccines are made are also inspected before a licence can be granted to make sure that the product supplied will be of the same consistent high standard.

– What is the difference between the MHRA and the CHM?

The MHRA is the British regulator of medicines and medical devices, ensuring their safety, quality and effectiveness.

The CHM advises ministers on medicinal products. It is made up of an independent group of advisers responsible for advising on the need for, and content of, risk management plans for new medicines.

It also advises officials on the impact of new safety issues on the balance of risks and benefits of licensed medicines.

The CHM also offer advice on “applications for both national and European marketing authorisations”.

Yes. Usually large-scale production and distribution begins only after regulatory approval. But in the case of Covid-19 vaccines, pharmaceutical firms have begun manufacturing before final approval had been granted – taking on the risk that they may be forced to scrap their work.

According to the Prime Minister, the UK has already vaccinated more than 800,000 people with the first jab to be approved by the MHRA – made by Pfizer/BioNTech.