How does the Oxford vaccine compare with others across the world? 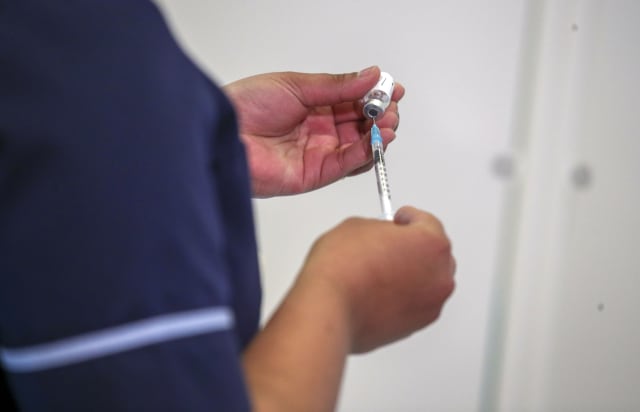 The Oxford/AstraZeneca vaccine is just one of hundreds that researchers around the world have been working on since the start of the pandemic.

The Pfizer/BioNTech jab is already being administered to the elderly in the UK, and the offering from Moderna is under rolling review by the Medicines and Healthcare products Regulatory Agency (MHRA).

Other countries have also got vaccine candidates more or less ready to submit for regulatory approval.

But how does the Oxford vaccine compare with these?

– What has been approved?

The MHRA has approved the Oxford/AstraZeneca jab for over-18s and recommended two doses to be administered with an interval of between four and 12 weeks.

The Government has pre-ordered a total of 100 million doses of Oxford’s vaccine, which is almost enough for most of the population.

It also belatedly struck deals for seven million doses of the Moderna jab from the US.

– How does the Oxford vaccine compare with the Pfizer/BioNTech and Moderna vaccines?

The Pfizer/BioNTech and Moderna vaccines have efficacies of 95% and 94.5% respectively.

However, the Pfizer vaccine needs to be stored initially at very low temperatures, and can travel for no more than six hours after it leaves cold storage. It can then be kept in a normal fridge at 2C to 8C for a maximum of five days.

The Oxford vaccine only needs to be stored at 2C to 8C.

– How do we know the vaccines are safe?

Researchers report that their trials have not suggested any significant safety concerns.

– Aren’t other countries working on vaccines?

Yes. Russia’s coronavirus vaccine is up to 91.4% effective at stopping people developing Covid-19 symptoms, according to its developers.

The Russian Direct Investment Fund, said it would create a report to submit for accelerated registration in various countries.

Phase one/two trials of an inactivated Sars-CoV-2 vaccine candidate – CoronaVac – involved more than 700 healthy volunteers aged between 18 and 59 recruited in China between April 16 and May 5.

According to preliminary results, the vaccine appeared to be safe and well tolerated at all tested doses.

Phase three trials of the vaccine are continuing.

While it is not known exactly how long it might take for the population to be vaccinated, Health Secretary Matt Hancock has said it is looking as though things may start returning to normal after Easter.

But until then, and until there is some kind of herd immunity in the population – achieved through vaccination – people will need to continue to wear face masks, socially distance and wash their hands.

Prime Minister Boris Johnson previously said there might be a potential crossover point before Easter when enough vulnerable and elderly people have been vaccinated – which could lead to the implementation of new social distancing measures.

And Mr Hancock said he hopes the approval provides a “route out”.

He told Sky News the decision by regulators to recommend that the second dose of the Oxford vaccine can be administered up to 12 weeks after the first would speed up the rollout.