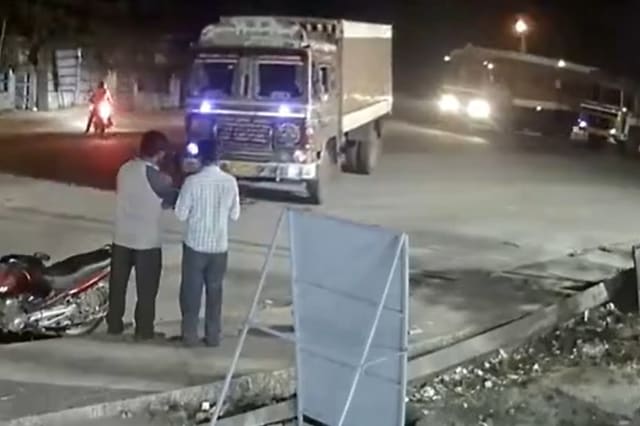 A driver of a container lorry nearly ran over two men in Kerala, India on December 25.

Footage from the scene shows the two men chatting, unaware the truck is bearing down on them.

Miraculously, they escape by dodging the vehicle at the last-second.

The driver claims the lorry went out of control after the gear slipped into neutral.

A dog which was nearby also managed to bolt to safety.