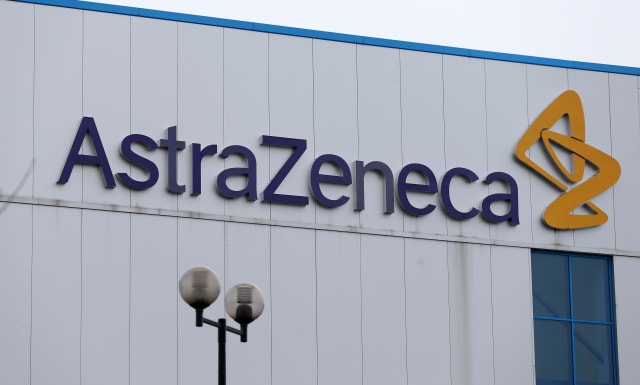 The drugs firm behind Britain’s “game changer” coronavirus vaccine is set to become a household name as the inoculation programme is rolled out to fight the virus.

Cambridge-based AstraZeneca, which has developed the jab together with scientists at Oxford University, has vowed not to make any profits from the vaccine for the duration of the pandemic, but has already received a shot in the arm for its reputation and share price.

Since plummeting when the stock market crashed as the crisis struck in March, the FTSE 100 firm’s shares have since leapt higher by more than a fifth.

Already a global giant, the vaccine success comes after boss Pascal Soriot has focused heavily on investing on research and development (R&D) since taking the helm eight years ago.

He took over at a time when the Anglo-Swedish business was seeing its earnings hammered by generic competition to off-patent drugs.

But in the first half of 2020, new treatments accounted for half of all its sales thanks to the R&D drive.

In the third quarter, it saw sales rise by a better-than-expected 3% to 6.6 billion US dollars (£4.9 billion) as trade was once again boosted by new medicines, as well as cancer and respiratory medication.

Before tax, AstraZeneca’s profit surged to 853 million US dollars (£627 million) in the third quarter, up from 409 million dollars (£301 million) a year earlier.

It came as the business reiterated guidance for profits to double over the full year.

The profits surge is not expected to come from the coronavirus jab, however, as AstraZeneca has vowed to provide the vaccine on a not-for-profit basis for the duration of the pandemic across the world.

It has also joined a global alliance initiative – called Covax – that is hoping to distribute billions of doses to the world’s poorest countries, capped at three US dollars (£2.20) a dose.

Away from the Covid-19 vaccination, AstraZeneca has been forging ahead with a string of cancer drugs – such as Lynparza – which are fast approaching blockbuster status.

And the group recently struck the largest deal in its history with the 39 billion US dollar (£29 billion) agreed acquisition for US rare disease specialist Alexion.

It marks the firm’s transition from bid target to buyer, coming six and a half years after it saw off a takeover attempt from US rival Pfizer.

It has been a bumpy ride since for the group, whose share price initially remained stubbornly below the £55 a share price offered by Pfizer in 2014.

But the group’s stock market fortunes have since turned around as the bet on R&D has paid off, with shares worth nearly £75 at current prices.

In the UK, the group has around 6,500 staff across five sites, including its Cambridge headquarters, as well as bases in Luton in Bedfordshire, Alderley Park and Speke in Cheshire, and a manufacturing centre in Macclesfield.

It operates across more than 100 countries worldwide.