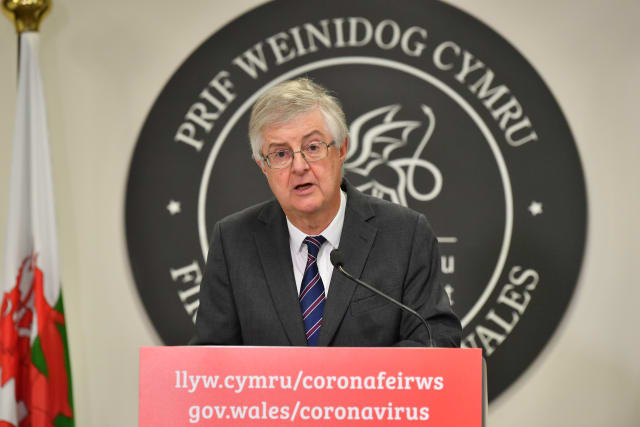 Mr Drakeford was speaking ahead of the Welsh Parliament being recalled to debate the treaty – which he described as the “most important” the UK will sign in 50 years – on Wednesday.

He accused the UK Government of “cultural vandalism” by withdrawing from the Erasmus student exchange programme.

“Businesses already know that the treaty will make trade with our largest and most important market more expensive and more difficult,” Mr Drakeford said.

“The failure to include access to the Single Market for UK services, means businesses will have to rely on 27 different sets of national rules to trade across the EU, where they have one today.

“For our citizens, it means queues at airports; visas for longer visits; more expensive mobile phone calls and fewer people from the EU able to work in our health and social care system, looking after people in need of help.

“For our young people, it means the cultural vandalism of cutting them off from the Erasmus plus programme, which people from Wales have done so much to shape and foster.

“It also denies them a future in which they can freely live and work across the entire European continent.”

The Senedd will debate the trade deal agreed by the UK and EU and the UK Government’s Future Relationship Bill at the same time as it is debated in the Houses of Parliament on Wednesday.

Members will meet online via video conference at 10.30am.

Jeremy Miles, counsel general and minister for European Transition, said: “This is not the deal the Welsh Government called for or would have negotiated.

“But it is better than the catastrophe of a no-deal and gives us a platform on which better arrangements can be negotiated in the future.”

Mr Miles said the Welsh Government would work with people and businesses across the country to “prepare for and help navigate” the end of the transition period and the new relationship with the EU.