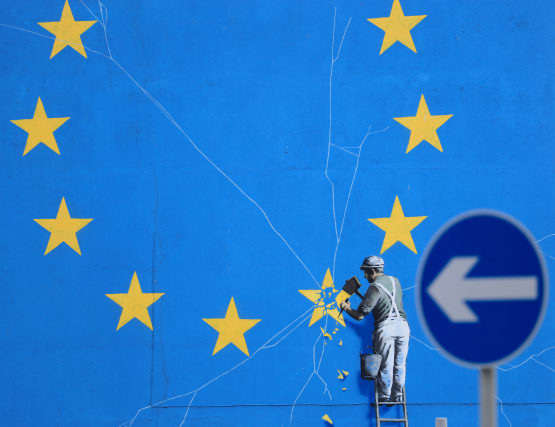 A nearly-delivered Brexit deal put a spring in the step of previously worried traders, sending London’s top index to its highest point since the beginning of the Covid-19 pandemic on Tuesday.

It was below its daily peak of 6,676.6, which pushed the index to its highest point in around nine months.

Investors were reacting to the post-Brexit trade deal, which was struck between London and Brussels on Christmas Eve.

After four years of uncertainty, the deal made it a lot more clear what the UK’s relationship with its closest neighbours is likely to look like in the years ahead.

It also removed the prospect of a no-deal Brexit, which had put downward pressure on markets.

It was the first time markets had been open in the UK since the deal was announced, and traders flocked to an eclectic mix of companies, including safety equipment maker Halma, investor Pershing Square and spirits maker Diageo.

The Hut Group stood for one of the day’s biggest stories as it bought Dermstore for 350 million dollars (£259 million). Alongside the US skincare retailer, Hut Group also paid nearly £60 million for UK-based Claremont Ingredients and David Berryman. Shares closed up 9%.

Admiral also got in on the mergers and acquisition action, by selling Confused.com, and other parts of its business, to Uswitch for more than half a billion pounds. Admiral saw its shares rise 4.4%.

Meanwhile, Ryanair and Wizz Air said they will push ahead with plans to disenfranchise UK shareholders to ensure they can keep their EU licenses. It means that British citizens who hold shares in either company will not be able to vote, or attend shareholder meetings. Ryanair’s shares rose 2.8%, while Wizz Air went the other direction, down 0.5%.

In the US, the Dow Jones was flat, while the S&P 500 had risen by 0.2% a little after markets closed in Europe. Across the English Channel, the Cac in Paris rose by 0.5%, while Germany’s Dax dropped by 0.2%.