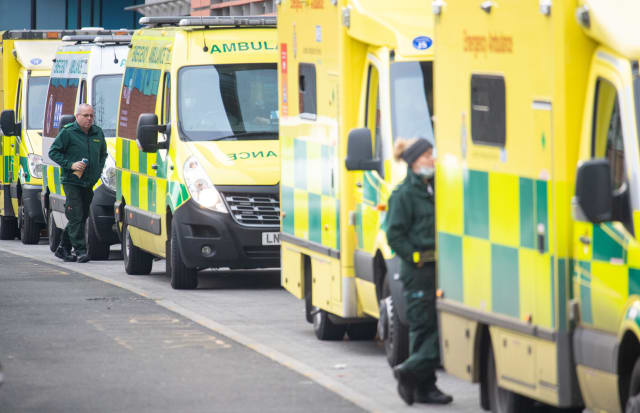 A junior doctor has said his London hospital is “aggressively overstretched” by Covid patients and he expects the situation to worsen.

The doctor, who works in general medicine and wished to remain anonymous, said if the volume of Covid patients continues to increase his hospital will need to start rationing oxygen – which he expects it will.

Total coronavirus cases hit a new record on Tuesday, rising above 50,000 cases for the first time, to 53,135 lab-confirmed cases.

“We’re just aggressively overstretched… shifts which previously would have been manageable are distinctly not,” the medic told the PA news agency.

“There’s just been a huge expansion in the number of Covid in-patients, the number of patients we’re admitting and the baseline sickness of the patients.

“We are close to or have exceeded maximum capacity already in terms of 100% ideal care… if it goes beyond that then things would be bad.”

The doctor said the current situation in hospitals is as strained as it was in the first wave of Covid-19 earlier this year and he would be “very shocked” if things do not get worse.

He said he and fellow staff are suffering from exhaustion and many patients are being handed over to doctors on the next shift because staff “can’t get through them quickly enough”.

He knows colleagues at another London hospital who have had to lead treatment for multiple cardiac arrests from emergency vehicles because they could not fit them in A&E.

He said “a few” patients at his hospital have had their treatment started in ambulances.

“We haven’t had people being treated in corridors yet, but that partly reflects a fairly rapid rate of death… that clears out bed space, unfortunately,” he said.

The doctor said he sees a couple of patients die per shift and he is currently routinely working 70 hour weeks.

“I was barely able to eat on the nights over Christmas,” he added.

He said increased funding is needed for his hospital and others to rapidly raise staffing levels.

“That would make a huge difference… we may not have enough oxygen, enough machinery, but at least if you have enough nurses, enough doctors we can do as much as we can,” he said.

Asked what he would say to those looking to go out to celebrate on New Year’s Eve, the doctor added: “It’s very easy to be blase when you are young and not in touch with people who are sick and suffering.

“But there’s a direct link between what you’re doing and people dying, and you must think beyond your own actions for the greater benefit of many.”