Archie steals the show during Harry and Meghan’s podcast 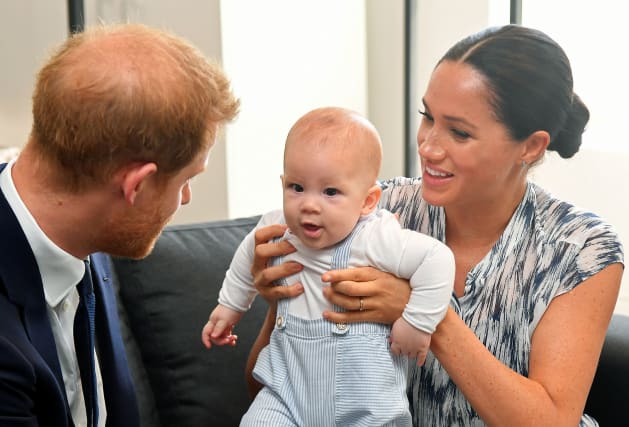 The Duke and Duchess of Sussex’s son Archie has given his first public broadcast wishing the world a “Happy New Year” – in a slight American accent.

Harry and Meghan giggled with delight as they coached their son to say the phrase during the final seconds of their new podcast show, which featured Sir Elton John speaking movingly about his hopes for “healing” in 2021.

Talking with what appeared to be an American twang to his voice, the royal toddler repeated “Happy” after his father said it, then copied Meghan and said “New”.

But he completed the phrase without any further prompting saying “Year” as his parents laughed and Archie, who is 19-months-old, could also be heard giggling.

Harry and Meghan had asked their guests who included activists, campaigners and famous friends like James Corden to record audio diaries looking back on the year.

Sir Elton, when asked about his hopes for the future, said: “I hope after this awful pandemic has passed, and we can go back to some sort of normality, that we have become better people – and I hope for healing.