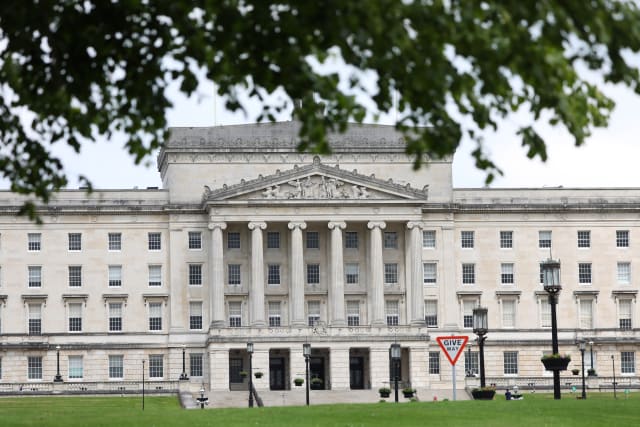 The Stormont Assembly is set to be recalled to discuss the Brexit trade deal.

It was agreed during a meeting of the Executive on Monday afternoon.

It is understood the session will take place on Wednesday.

The House of Commons is also set to meet on Wednesday to discuss its reaction to the deal.

The transition period will end on Thursday December 31.

The Trade and Cooperation Agreement between the UK and the EU received a cautious welcome from Northern Ireland’s parties when it was announced on December 24.

Mrs Foster then said details of both the trade deal, as well as other issues including security will be examined.

Ms O’Neill also said her party wanted to examine the detail of the deal.

Earlier on Monday, Sinn Fein MLA John O’Dowd indicated that his party would press for MLAs to be recalled from the Christmas recess.

He said with political institutions in other parts of the UK returning early to discuss the deal, it was important that the Stormont Assembly did so too.

“We think it’s vitally important that the voices of workers, businesses and families in the area most affected by Brexit is heard,” he told the BBC.

A spokesperson for the Executive said: “A special meeting of the Executive was held this afternoon to consider the Trade and Cooperation Agreement between the UK and the EU.

“Ministers provided an initial high-level assessment of the agreement and officials will bring forward detailed analysis for Executive consideration.

“The Executive agreed that the First Minister and Deputy First Minister should write to the Speaker to ask for the Assembly to be recalled for a Take Note Debate on the Agreement that has been reached.”