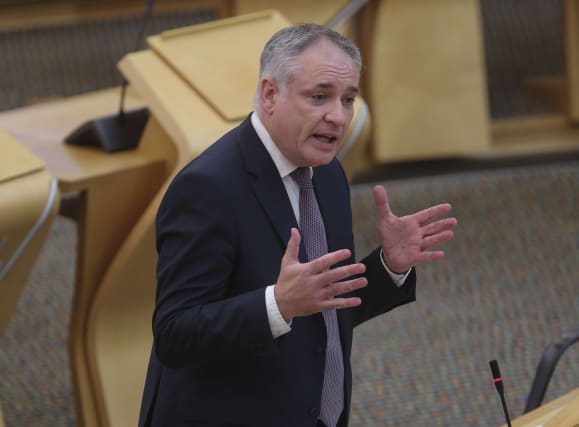 The decision for the UK to withdraw from the Erasmus student exchange programme has been described as “a huge blow” by the Scottish Government’s Universities Minister.

Richard Lochhead lamented the decision to leave the scheme as part of the UK leaving the European Union, despite Prime Minister Boris Johnson announcing it will be replaced by a worldwide alternative named after codebreaker Alan Turing.

Erasmus, which the UK joined in 1987, allows students to study and work across Europe and is used by more than 2,000 Scottish students and staff annually.

Her colleague Mr Lochhead joined the criticism on Monday, saying: “The loss of Erasmus is huge blow.

“This is simply unacceptable and we are looking at alternative options.

“After years of discussions and meetings, the UK Government has made these decisions irrespective of the views of the devolved administrations.”

Scottish Government figures suggest the value of Erasmus to the economy has been estimated to be nearly £34 million annually since 2014.

While students in Scotland will be prevented from participating, their counterparts in Northern Ireland will still have access to the programme.

Mr Lochhead was also critical of the Turing alternative, adding: “We found out from media reports more details of the UK’s alternative scheme which is a watered down and less well funded version of Erasmus and it’s not even an exchange programme because there is no support for visits to Scotland.

“I have since spoken to my UK counterpart and expressed our profound disappointment that the UK chose to abandon Erasmus which plays such a key role in opening up opportunities and horizons for so many young Scots.

“Crucially, it is a scheme that brings different countries and nationalities together with massive cultural and educational benefits.

“I am seeking further clarification on what the new scheme looks like and how they intend to provide funding on a par with the amounts historically secured under Erasmus.

“We also need confirmation that they will ensure all those who currently benefit from the programme will be supported and crucially how the devolved nature of education would be protected under their new scheme and we will resist using the Internal Market Bill to foist an inferior UK scheme on Scotland.”