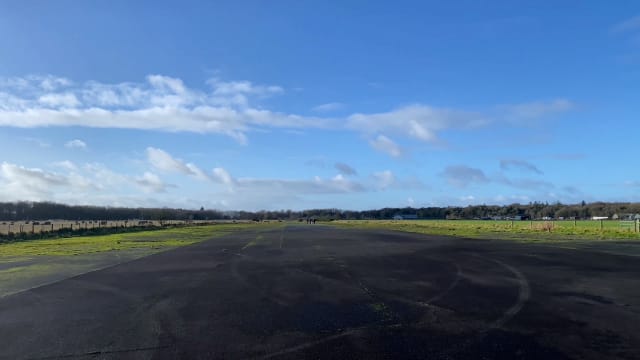 An agreement has been reached for a Dumfries and Galloway airfield to be used by hundreds of lorries in case of post-Brexit disruption at Cairnryan port.

The Scottish Government has signed a lease with Stair Estates, owner of Castle Kennedy airfield in Stranraer, from Friday January 1 as part of Operation Overflow.

Up to 240 goods vehicles can park at the site with welfare facilities if port capacity is too high as freight continues to travel between Scotland and Northern Ireland.

Lorries will face new checks on departure due to the Brexit transition period ending on Friday, with Operation Overflow developed as a contingency plan by Transport Scotland and partners including Police Scotland, P&O and Stena.

It is hoped the airfield will help manage any queuing traffic in the area, although the Scottish Government’s Transport Secretary Michael Matheson said they do not expect that to happen “at this stage”.

He said: “Scotland did not vote for EU exit and we regret having to prepare for it – particularly in the midst of a global pandemic.

“However, the Cairnryan crossings are important for Scottish exporters and the ports themselves, and are also of strategic importance to Northern Ireland, so we are taking action to protect them.

“At this stage we do not expect a significant increase in traffic or delays at Cairnryan, but it is essential that we are prepared for every eventuality.

“I’m pleased to confirm that working with the Local Resilience Partnership, we have agreed a contingency plan in order to minimise disruption to the local community and promote road safety.”