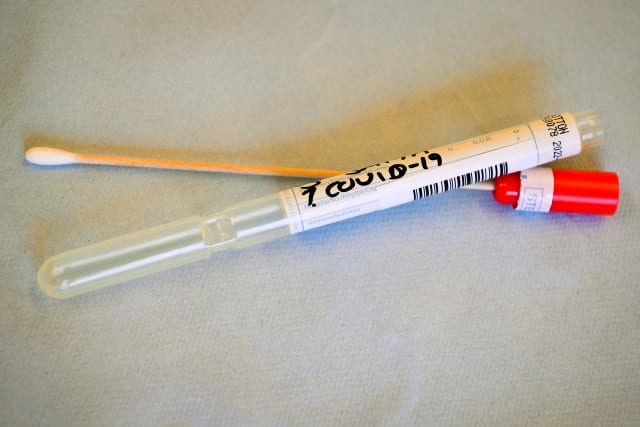 Members of the armed forces will be drafted in to support coronavirus testing operations for thousands of school and college students in England, the Ministry of Defence (MoD) has announced.

The MoD said 1,500 military personnel would be deployed to ensure that testing systems were up and running by the time pupils returned for the new term in January.

The majority of the personnel will form local response teams, providing support and phone advice to institutions needing guidance on the testing process and set-up of the testing facilities.

According to the department, support will be done “predominantly through webinars and individual meetings”, but teams would also be on standby to provide in-person support at short notice.

Students will swab themselves in the vast majority of cases, under the supervision of a school staff member or volunteer who has been trained for the role, and teachers are not expected to take a role in the testing process.

The MoD added that schools and colleges would shortly be provided with further information on how to request additional support if necessary.

The decision follows successful testing pilots conducted in schools in November and December and the work is being done in conjunction with the Department for Education (DfE) and Department of Health and Social Care (DHSC).

Defence Secretary Ben Wallace said: “The UK armed forces are stepping up once again this holiday.

“They’ll share considerable experience of testing across the country and the successful school pilots conducted this autumn.

“We are grateful for the professionalism and commitment they and our colleagues in teaching are showing to get students back into the classroom and on with their education.”

The armed forces were previously recruited to assist with pilot mass testing schemes in Liverpool in November.

Education Secretary Gavin Williamson said: “It is a true cross-government effort to make sure secondary schools and colleges have the support, guidance, materials and funding they need to offer rapid testing to their staff and students from the start of term.

“I am grateful to the armed forces personnel, and all the school and college staff, leaders and volunteers working to put testing in place.

“This will help break chains of transmission, fight the virus, and help deliver the national priority of keeping education open for all.”