What will 2021 have in store for the royal family? 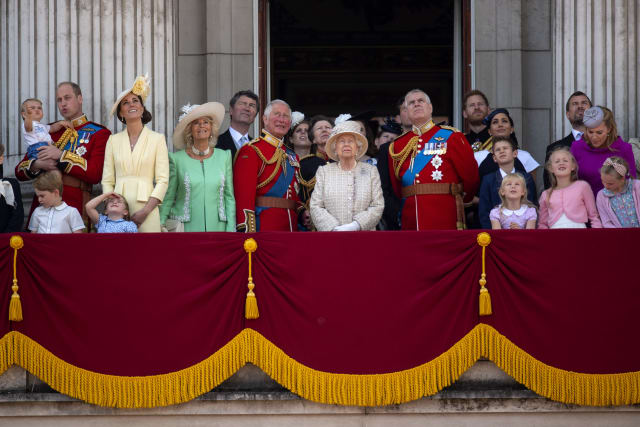 Royal babies, a review of Megxit and the Duke of Edinburgh’s 100th birthday are just some of the events coming up in 2021 for the royal family.

Princess Eugenie and Zara Tindall are both pregnant, and set to welcome the Queen and Philip’s ninth and 10th great-grandchildren.

The Duke and Duchess of Sussex’s departure from the monarchy caused a storm of controversy in 2020.

They quit as senior working royals on March 31, and dropped their HRH styles to earn their own money and live a life free from royal constraints.

But one of the outcomes of the summit held by the Queen at Sandringham to resolve the crisis was that there should be a 12-month review of the plans.

It was thought the intention was to leave a way back for Harry and Meghan should they want to return to the royal fold.

But with the couple forging ahead with their multimillion-pound Netflix and Spotify deals and buying a £11 million forever home in California, it looks unlikely.

However, the review will also have to deal with the unresolved issues – in particular what will happen to the duke’s honorary military titles.

Harry’s forces appointments – including Captain General of the Royal Marines – were put on hold for a year after Megxit, and he is not currently allowed to take on any roles using them.

The Buckingham Palace review will have to decide what happens to the titles and who – if not Harry – will take on the duties.

The duke, who served on the front line in Afghanistan, has spoken of how his life was shaped by his time in the Army.

He was left saddened when his request for a wreath to be left at the Cenotaph on his behalf on Remembrance Sunday was rejected by royal household staff in November.

Royal commentators will also be keeping an eye on whether the Sussexes have kept to their pledge that “everything they do will continue to uphold the values of Her Majesty”.

Meanwhile, Harry and Meghan are expected to unveil more about their Archewell charitable foundation, as well as their Netflix and Spotify ventures.

They are also pursuing several legal actions against the media.

A High Court trial is planned for the autumn in Meghan’s privacy and copyright claim against the publisher of the Mail on Sunday over a letter the duchess wrote to her estranged father Thomas Markle.

Milestones coming up in 2021 include Philip’s 100th birthday in June and the Queen’s 95th in April.

Reports over the years have suggested that the monarch would only seriously consider a regency – when the Prince of Wales would become a stand-in sovereign – when she reached 95.

Plans are already under way to celebrate the Queen’s Platinum Jubilee in 2022.

But even in the event of a regency or a change in the day-to-day running of the monarchy, Elizabeth II would still be Queen.

Charles is also giving up the lease on his beloved organic Home Farm in the spring.

It is understood the decision was a practical one taken because he is expected to become king at some stage in the coming years.

Philip announced his retirement when he was 95.

The Queen did, however, pledge on her 21st birthday: “I declare that my whole life, whether it be long or short, shall be devoted to your service.”

2020 was a year without the traditional Trooping the Colour ceremony, Palace garden parties, state visits, long-haul overseas tours and pomp and pageantry of royal occasions.

When the royal family will resume normal service will depend entirely on the course of the coronavirus pandemic.

Harry and the Duke of Cambridge have scheduled a date for the unveiling of the statue they commissioned to honour their late mother.

The memorial by Ian Rank-Broadley, which was delayed because of the Covid-19 outbreak, is due to be unveiled in the Sunken Garden of Kensington Palace on July 1 – which would have been Diana, Princess of Wales’s 60th birthday.

The news raised hopes the project will bring the brothers closer together after their rift.

Other events will include the Commonwealth Heads of Government Meeting in Rwanda in June, at which Charles is likely to represent the Queen.

William will announce the first five £1 million winners of his decade-long £50 million environmental Earthshot Prize later in 2021, and Kate will pursue her work on early years.

The independent investigation into Diana’s controversial BBC Panorama interview and how journalist Martin Bashir secured it will gather pace, led by Lord Dyson.

And in the US, the Duke of York’s friend Ghislaine Maxwell is preparing for her trial in July after being charged with procuring teenage girls for paedophile Jeffrey Epstein to abuse.

Andrew is still facing calls to speak to the US authorities.

He has faced claims, which he categorically denies, that he slept with Virginia Giuffre, who says she was trafficked by Epstein, three times including when she was 17, still a minor under US law.