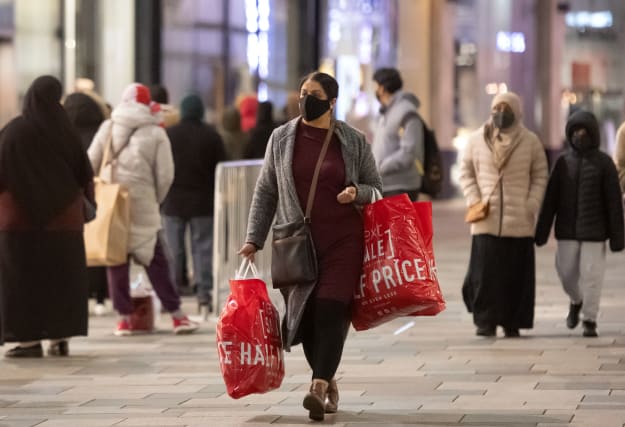 Much of the UK woke up to harsher coronavirus restrictions on Boxing Day.

The number of people living under Tier 4 in England – which prevents non-essential retail from opening – has increased by six million to 24 million.

New lockdowns have also been introduced in Scotland and Northern Ireland, while restrictions that were eased for Christmas Day in Wales have come back into force.

Early risers queued for the Next sale in Leicester.

But footfall for Boxing Day shopping was down 57% in the UK up to 10am compared with last year, according to retail intelligence agency Springboard.

The shopping scenes came in stark contrast to London’s usually busy Regent Street, with the capital under tough Tier 4 restrictions.

It was a similarly subdued affair on Oxford Street.