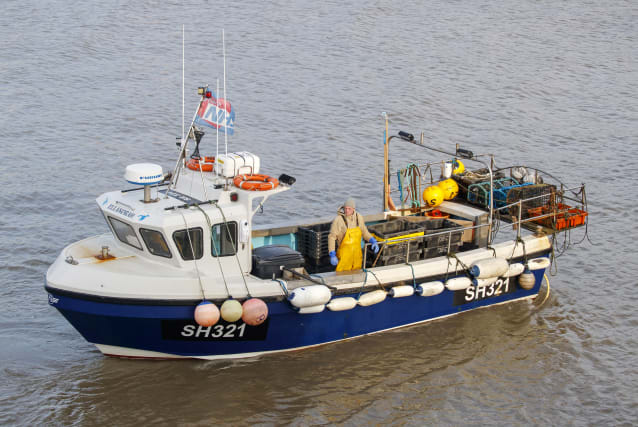 A member of the Brexit negotiating team has defended the trade deal after the Prime Minister was accused of "bottling it" over fishing rights.

The National Federation of Fishermen's Organisation's (NFFO) comments, saying Boris Johnson only secured "a fraction of what the UK has a right to under international law", prompted a response from a senior person involved with the talks.

The draft agreement, released on Boxing Day morning, contains more than 10 pages dedicated entirely to fishing policy in the UK and EU's new relationship, and asserts the "sovereign rights" of EU states and the UK "for the purpose of exploring, exploiting, conserving and managing the living resources in their waters".

However, Barrie Deas, chief of the NFFO, said the deal "will inevitably be seen by the fishing industry as a defeat".

He explained: "When push came to shove, despite the legal, moral and political strength of our case, fishing was sacrificed for other national objectives.

"Lacking legal, moral, or political negotiating leverage on fish, the EU made the whole trade deal contingent on a UK surrender on fisheries.

"In the end-game, the Prime Minister made the call and caved in on fish, despite the rhetoric and assurances that he would not do what Ted Heath did in 1973."

A senior negotiator has since defended the agreement, and described fish as "one of the areas where we had to compromise somewhat", but said this was done by "both sides".

The official said: "The crucial thing on fisheries policy is that although there is a transition, at the end of the transition it returns to normal arrangements and we have full control over our waters.

"There's a transition to that point and ideally we would've got out of it a bit faster, but where we've got to is acceptable and offers gains for the fisheries industry in the short run and a huge right to control everything and work within that after this five-and-a-half-year transition."