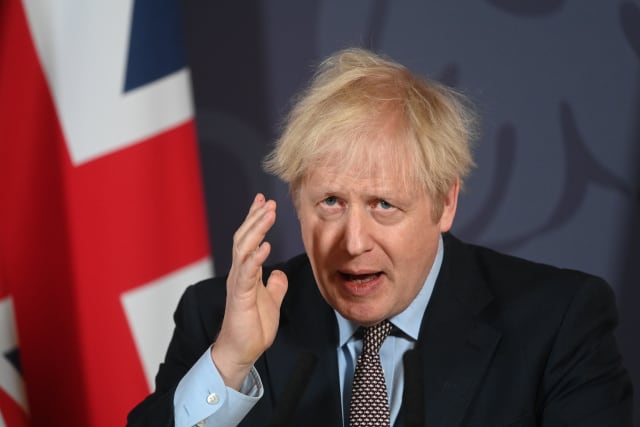 Boris Johnson has begun the task of trying to persuade Eurosceptic Tories to back his Brexit trade agreement, insisting it is the “right deal” for the country.

The Prime Minister acknowledged “the devil is in the detail” but insisted it would stand up to inspection from the European Research Group (ERG) of Brexiteers, who will assemble a panel of lawyers to examine the 1,246-page text.

His message to Tory MPs came as the EU’s 27 member states indicated they will formally back the deal agreed by the UK with Brussels’ officials within days.

EU ambassadors were briefed on the contents of the deal  by Michel Barnier, who led Brussels’ negotiating team in the talks with the UK.

After a highly unusual meeting on Christmas Day – with at least one diplomat wearing a Santa hat and another in a festive jumper – they agreed to write to the European Parliament to say they intend to take a decision on the provisional application of the deal.

The timing of the Christmas Eve deal forced politicians and officials in the UK and Brussels to tear up their plans.

MPs and peers will be called back to Westminster on December 30 to vote on the deal, but MEPs are not expected to approve it until the new year, meaning it will have to apply provisionally until they give it the green light.

The agreement will almost certainly be passed by Parliament, with Labour supporting it, as the alternative would be a chaotic no-deal situation on January 1.

But Mr Johnson is keen to retain the support of the Eurosceptics on his benches who helped him reach No 10.

“I truly believe this is the right deal for the UK and the EU,” Mr Johnson told Tory MPs on WhatsApp, the Telegraph reported.

“We have delivered on every one of our manifesto commitments: control of money, borders, laws, fish and all the rest.

“But even more important, I believe we now have a basis for long-term friendship and partnership with the EU as sovereign equals.”

He added that “I know the devil is in the detail” but the deal will survive “ruthless” scrutiny from the “star chamber legal eagles”.

The “star chamber” is the nickname given to the panel assembled by the ERG, including veteran Eurosceptic Sir Bill Cash.

Cabinet minister Michael Gove, writing in The Times, said the deal will create a new “special relationship” – a term usually used to refer to UK-US links – and end the “ugly” politics since the 2016 Brexit referendum.

Officials in Brussels and the capitals of EU states are also beginning to scrutinise the deal, with another meeting of ambassadors expected before the new year, possibly on December 28.

The European Commission has also announced a £4.5 billion fund to help regions and industries within the bloc which will be hit by the UK’s withdrawal from the single market and customs union – including fishing communities who face losing out as the UK takes a greater share of stock in British waters.

French Europe minister Clement Beaune said it was a “good agreement” and stressed the EU had not accepted a deal “at all costs”.

He told broadcaster Europe 1 “we needed an agreement less than the British” as “for them, it was a vital need”.

Mr Beaune said British food and industrial products entering the European single market after January 1 will not pay customs duties “but will have to meet all our standards”.

“There is no country in the world that will be subject to as many export rules to us as the UK,” he said.

Mr Johnson used his Christmas message to sell the deal to a public weary of Brexit after years of acrimonious wrangling since the referendum.

Brandishing a sheaf of papers he said it offered “glad tidings of great joy”.

The deal covers trade worth about £660 billion and means goods can be sold without tariffs or quotas in the EU market.

The share of fish in British waters that the UK can catch will rise from about half now to two-thirds by the end of the five-and-a-half-year transition.

At a Downing Street press conference on Christmas Eve, Mr Johnson said “we will as a result of this deal be able to catch and eat quite prodigious quantities of extra fish”, with £100 million for the industry to modernise and expand.

But Barrie Deas, chief executive of the National Federation of Fishermen’s Organisations, said there will be “frustration and anger” across the industry, telling the PA news agency: “In the end it was clear that Boris Johnson wanted an overall trade deal and was willing to sacrifice fishing.”