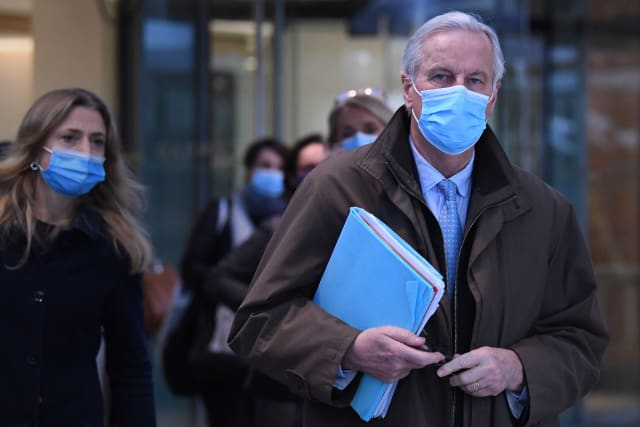 Dubbed the Dr No of Brexit talks by UK critics, the EU’s chief withdrawal negotiator Michel Barnier has always insisted he only wants to treat Britain fairly.

But former French minister Mr Barnier has displayed military discipline in keeping the remaining 27 EU states united as the UK and Brussels try to hammer out the terms of their very public divorce.

Mr Barnier was a little known Eurocrat when he was charged with going up against London in Brexit talks, but the job has made him one of the most high-profile figures in the EU.

The suave and seasoned diplomat always insisted he did not want to punish the UK for quitting the EU, but his dogged approach during the negotiations has enraged hard-line Brexiteers.

It is believed that he still has lingering ambitions to eventually become president of the European Commission following a failed bid in 2014.

The former French Europe minister’s appointment to the role of EU chief Brexit negotiator by then Commission president Jean-Claude Juncker was viewed as an aggressive move at the time.

Mr Barnier was dubbed the “most dangerous man” in Europe in some quarters of the press when he was appointed internal market commissioner with powers over financial regulation in the wake of the financial crash.

He is said to have angered the usually cool Sir Mervyn King to such an extent during one meeting that the then Bank of England governor was shaking with rage an hour after it ended.

In the end fishing rights and the “level playing field” turned out to be the major sticking points in the divorce deliberations, and Mr Barnier showed a touch of humour when he posted a photo of himself looking out at football pitches during a break in talks.

Mr Barnier, 69, who is married with three children, always insisted the fears about his role in regulating the City of London were “unfair and unjust” and said he went into the role wanting to “build a compromise”.

He became involved in French politics as a teenager and later came to prominence after running the successful bid to secure the 1992 Winter Olympics for his country.

A key figure in centre-right politics, he served as minister for the environment, European affairs, foreign affairs and agriculture under presidents Jacques Chirac and Nicolas Sarkozy.

He is a keen hiker and to mark the formal start of talks in June 2017, then Brexit secretary David Davis presented Mr Barnier with a first edition of one the great mountaineering books – a French language version of Regards vers l’Annapurna, signed by Marcel Ichac, one of the two authors.

The book is said to be a stunning account of an epic French expedition to the Himalayas in 1950.