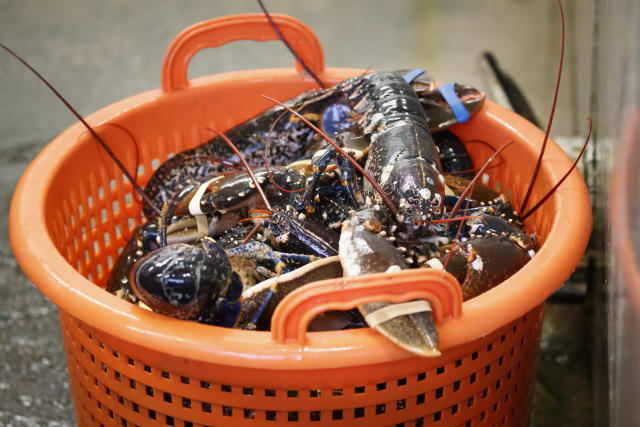 Fish and seafood sector chiefs have welcomed the Brexit trade deal but warned that their “big worry” remains potential disruption at the Channel.

The Scottish Salmon Producers Organisation (SSPO) said that any delay in getting fish to European markets will have “serious consequences” for perishable products such as salmon.

Earlier this week Scottish exporters warned that perishable products worth millions were stuck waiting to enter France after the country imposed a travel ban in response to fears about the spread of the more infectious strain of coronavirus.

SSPO chief executive Tavish Scott said: “We are pleased the negotiators have at last secured a deal. This will alleviate some of the serious problems that would come from a ‘no deal’ Brexit.

“But we still have concerns. The disruption at the Channel right now is hitting our members’ ability to export. Brexit means the Scottish salmon sector now face the reality of lots more red tape, bureaucracy and paperwork which are the reality of the extra trade barriers which come with Brexit.

“So until we see how this UK-EU agreement actually works in practice, it is impossible to make a clear judgment on how the new trading arrangement in 2021 will affect salmon farming.”

In 2019, more than 53,000 tonnes of whole, fresh/chilled Scottish salmon were exported to the European Union with an export valuation of over £320 million.

Mr Scott said that salmon farming’s “big worry” remains the potential for disruption at the Channel.

He said: “Salmon is a perishable product and any delay in getting the fish to our European markets will have serious consequences. If consignments end up being stuck in queues of traffic for hours, the knock-on effects on eventual market price can be severe. That is exactly what we have seen since Sunday. So the omens are not good.

“It is up to the UK Government to now deliver on their numerous promises that Brexit will help the economy. We are all watching.”

Fishing once again emerged as the main obstacle to a deal as post-Brexit trade talks entered their final stages.

Negotiations proved difficult as fisheries policy is incredibly complicated, with limits set by the EU for how much of a stock can be caught – the total allowable catch – which is then divided into quotas for the countries with fishing interests.

As the UK’s fishing grounds are so important for the EU’s vessels, there are concerns in the bloc’s coastal states about the loss of the resource and they consequently fought hard to maintain access.

Donna Fordyce, chief executive of Seafood Scotland, said that having a deal on the table at long last comes as a “welcome relief” to the Scottish seafood sector, which relies heavily on exports and that tariff-free trade is a “huge benefit”.

She said: “However, this is a two-sided deal.  Over the last few days we’ve seen the utter chaos that disruption at the Border causes.

“With Brexit will come new, untested, and extremely complex processes that the seafood sector will have to comply with in just a week’s time, at huge cost which they can ill afford just now.

“This bureaucratic blockade will result in some lorries not making it to Europe in time to ensure their highly perishable cargo is saleable.

“We expect it to be a good few months until everything beds in and in the meantime, seafood businesses will try their best to navigate the changes, but some will not survive.”