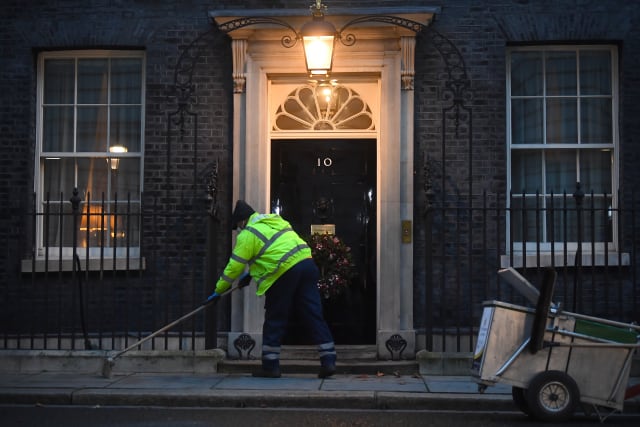 Traders hoping that the shortened business day on Christmas Eve – as markets closed at 12.30pm – would include a deal between the UK and EU were left disappointed.

The second-tier index has seen growth of 5.8% since hitting three-week lows on Monday.

But the standout performer has been the pound, which has enjoyed a steady rise against the dollar since Monday and looked close to hitting highs not seen since May 2018.

Currency markets trade 24/7 and it is expected further moves will come as more announcements are made throughout the day.

David Madden, market analyst at CMC Markets UK, said: “The pound has seen a lot of volatility in recent weeks and months as the uncertainty of the UK’s future trading relationship with the EU has impacted the currency.

“Some traders have been avoiding sterling due to the lack of clarity with respect to the EU situation.

“This morning there has been a lot of talk that a deal will be announced and that has lifted the pound. Sterling is up 0.7% versus the US dollar and at one point in the session it came within a whisker of printing a new 31-month high against the US dollar.”

The French Cac 40 was flat as London closed. German markets were shut.

Property companies including Barratt Developments, Berkeley Group, Persimmon and Land Securities were also all up.

In company news Rio Tinto said overnight it has “a lot of work to do” as the Anglo-Australian miner said it had started rebuilding ties with the indigenous owners of sacred caves it destroyed in May in the Pilbara region of Western Australia.

“We know we have a lot of work to do in order to rebuild trust and confidence in our business,” said acting chief executive of Rio Tinto Iron Ore, Ivan Vella.

The previous chief executive left over the scandal. Shares closed down 26p at 5,574p.

Rival Anglo-Australian miner BHP said it was close to restarting work at a Brazilian mine where an accident in 2015 killed 19 people.

It aims to produce around eight million tonnes of iron ore pellets every year from the Germano mine and its Ubu complex. Shares closed down 1.6p at 1,964.4p.