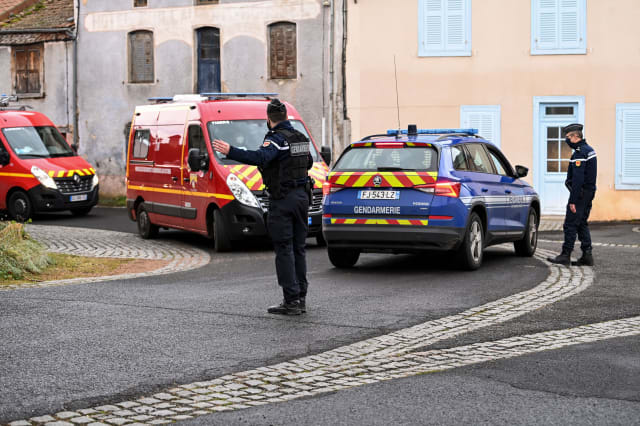 Three police officers have been killed by a gunman who had taken his partner hostage in southern France.

After fleeing the scene near the town of Saint-Just, south-west of Lyon, the gunman was later found dead.

President Emmanuel Macron said the gendarmes were "heroes" and that the nation mourned for their families.

France's interior minister, Gerald Darmanin, is heading to the scene.

UK Home Secretary Priti Patel said in a tweet that her "thoughts and prayers are with the friends, family members and colleagues of these police officers".

The incident took place after a woman called for police help following threats from her partner, a spokesman for the gendarme service said.

After a lengthy stand-off, three police officers were killed and another was injured.

Around 300 police officers were sent to the area to search for the gunman, and he was later found dead. The woman has been taken into police care.