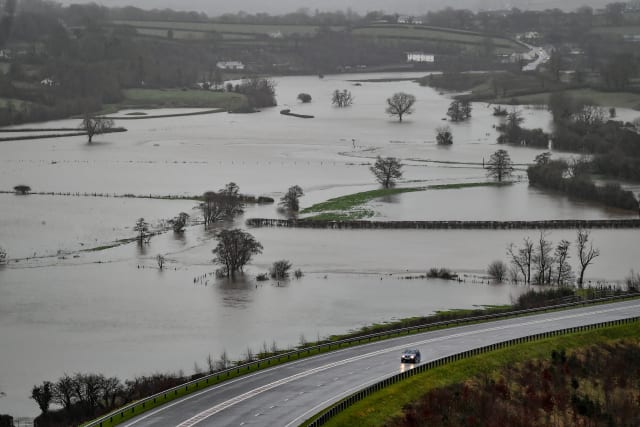 Flood warnings and alerts remain in place in Wales in the run-up to Christmas Day with heavy rain forecast across much of the country.

The Met Office has issued a yellow weather warning for rain in the mid, west, and south of the country which is set to continue into the early hours of Christmas Eve.

On Wednesday, Cardiff saw surface water on roads across the city, while some train services in South Wales were suspended because of flooding and parts of a caravan park in Tenby were left under several inches of water.

The Met Office said there is a “small chance” that homes and businesses could be flooded, as well as the possibility of road closures and some communities becoming cut off.

The warning is in place until 2am on Thursday, with 50 to 70 millimetres of rain expected to fall across eastern parts of the country.

It has also issued 18 flood alerts where “flooding is possible” for rivers across the country.

Some rivers in Wales are already swollen from torrential downpours over the weekend which could contribute to flooding.

The bad weather is expected to ease during Christmas Eve with bright skies and sunshine, while the Met Office said it expects Christmas Day to be “dry and chilly”.

But the spell of good weather is expected to end as early as Boxing Day, with a yellow warning for wind issued for the whole of Wales from 3pm on December 26 until 12pm the following day.