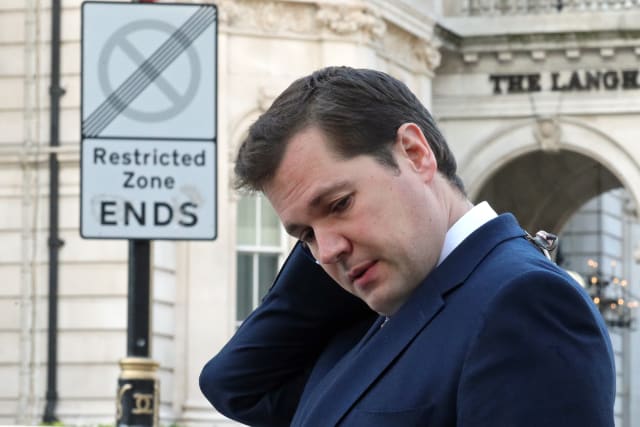 Tougher measures may be necessary to contain the spread of the mutant coronavirus, a Cabinet minister acknowledged amid speculation that more areas of England are hearing for a Tier 4 lockdown.

The Cabinet’s Covid operations committee is meeting on Wednesday to consider the latest data on the spread of the virus.

Reports suggested local leaders and health officials met on Tuesday night to discuss the possibility of Birmingham being moved into a Tier 4 lockdown, while areas in lower tiers could be moved up to Tier 3.

Genomic researchers have found that the new variant, which is said to be 70% more infectious than previous strains, has already spread around the UK, with cases identified in Wales and Scotland.

The current tier levels in England are due to be reviewed on December 30 but that could be accelerated.

Mr Jenrick told Sky News: “We don’t have a timetable for that. The Government’s Covid operations committee is meeting later today to review further evidence.

“We keep this under review, we are constantly hearing from our scientific advisers about what we should do.”

The new variant is “very concerning” and is “prevalent probably in most regions of the country”, he acknowledged.

Labour leader Sir Keir Starmer has written to Prime Minister Boris Johnson to say his party will back any Government moves to tighten restrictions if that is what scientists recommend.

Meanwhile, it is expected that NHS Test and Trace staff and the military will be deployed for the mass testing programme in Kent to ease the backlog after France reopened its border.

The French authorities said a negative test result taken less than 72 hours before the journey will be required for those entering the country from the UK.

Rapid lateral flow tests – which can give results in about 30 minutes – will be used in the testing programme, while the French authorities will be carrying out similar testing on hauliers entering the UK.

Mr Jenrick said around 4,000 lorries may already be in Kent and he urged hauliers not to head to the county until the backlog is cleared.

He said it will take “a few days” to test all the drivers before they can travel to France.

“Whatever the number is, whether it is 4,000 or more, it is a significant number to work through,” he acknowledged.