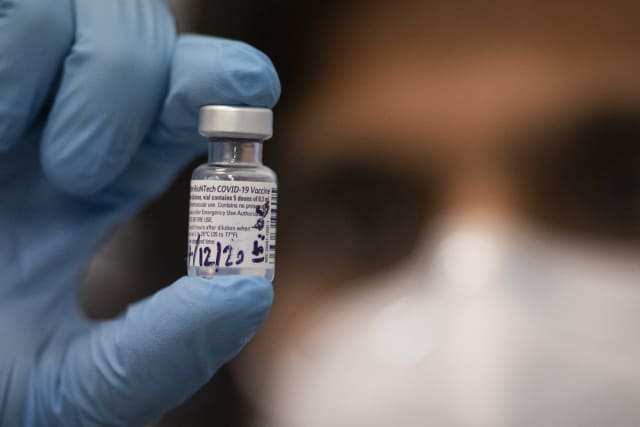 The Covid-19 vaccination programme will not be affected by France’s ban on UK freight lorries, the Transport Secretary has said.

Grant Shapps said disruption around the Channel ports in Kent “won’t have an impact” on the UK’s supply of the coronavirus vaccine as contingency plans were in place.

He told BBC Breakfast on Monday that while a “precious few lorries” did transport the Pfizer/BioNTech jab, it was mostly imported in containers not affected by the restrictions.

Pfizer said it was working with the Government to ensure shipments were not delayed from its facilities in Belgium into the UK.

In a separate interview with Sky News, Mr Shapps said: “Most vaccine doesn’t come via what is called ‘Ro-Ro’, roll-on, roll-off, which is what we are talking about here.

“In other words, it’s not usually accompanied by a driver, by a haulier. It comes on those containers.”

Mr Shapps said there were already “good supplies” of the vaccine in the UK, adding: “So this won’t have an impact on the vaccination programme.”

While Pfizer would not comment on the specific details as to how the vaccine was transported into the UK due to security reasons, the company said it would be “utilising road and air modes of transportation via our main carrier partners”.

A Pfizer spokeswoman said: “There are a number of shipment options to transport the Covid-19 vaccine from Pfizer’s facilities in Belgium into the UK.

“As with all our supply chain operations, we keep these routes under close observation to mitigate against delays.

“We are working with the UK Government to help prevent current circumstances from impacting scheduled shipments of the vaccine into the UK.”

The ban on hauliers crossing the Channel was imposed by France due to fears about the spread of the new coronavirus strain in the UK.

But French transport minister Jean-Baptiste Djebbari said on Monday a protocol would be adopted at a European Union-wide level “to ensure that movement from the UK can resume”.