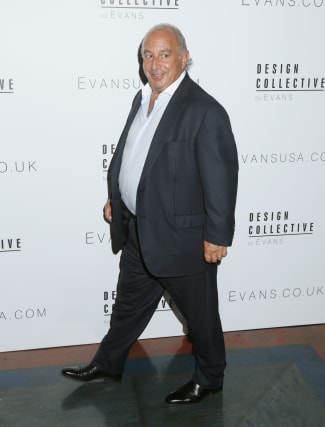 Administrators of Arcadia have struck a deal with an Australian company to buy its plus-size clothing brand Evans.

City Chic will pay £23 million for the 90-year old brand, Deloitte said on Monday; however, it will not buy its brick and mortar stores.

The deal, which is expected to close on Wednesday, will see Evans carved out from Sir Philip Green’s retail empire.

Arcadia, which also owns Topshop and Dorothy Perkins, collapsed into administration three weeks ago, after months of worries surrounding it and other high street giants.

High street businesses have spent nine months in and out of lockdown, often being forced to close their doors for months or weeks at a time, with only a few days’ notice.

Next has reportedly held talks with asset manager Davidson Kempner Capital Management over a potential bid for Arcadia.

Administrators said on Monday that “the process to secure new owners for the other Arcadia Group brands is ongoing. There have been significant expressions of interest for all brands. The joint administrators expect to provide a further update in the new year.”

The Evans deal includes both the brand and its ecommerce and wholesale business. City Chic is a retailer that specialises in plus-size women’s apparel, footwear and accessories.

It is listed on the Australian Stock Exchange, and mainly operates online in Australia, New Zealand and the United States. Its brands include Avenue, CCX, Hips & Curves, and Fox & Royal.

City Chic also has a network of 96 stores across Australia and New Zealand.

The Evans stores will “continue to trade for the time being”, administrators said.

Evans was formed in 1930 in the UK, and sells plus-size apparel and footwear. In the most recent financial year its website was visited about 19 million times, and generated £23 million of sales.

The wholesale business had sales of around £3 million in the same period.