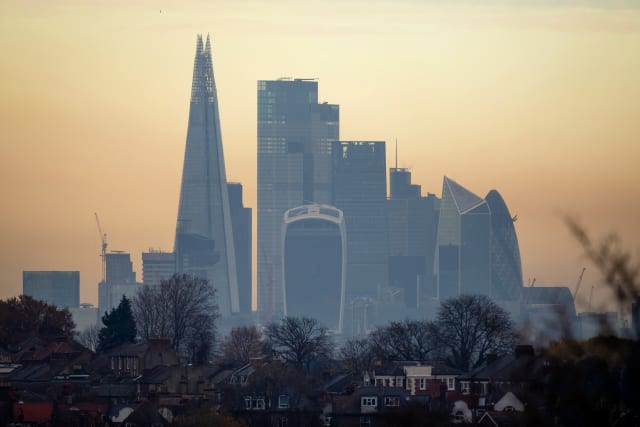 London’s equity markets dived deep into the red as traders were spooked by concerns over the rapid spread of the new coronavirus mutation.

The slump was slightly cushioned by a fall in the pound as Brexit fears also weighed on trading, but overall sentiment was still dire enough to be felt across the continent.

Airline, travel and retail stocks took the largest hits, as they swallowed the impact of Tier 4 restrictions, supply chain concerns and travel bans.

David Madden, market analyst at CMC Markets UK, said: “Health woes are back at the forefront of traders’ minds as the new strain of Covid-19 that is doing the rounds in the UK has brought about tougher restrictions.

“It is bad enough that large portions of Britain will have to deal with harsher restrictions because of the fear surrounding the fast spreading strain of the coronavirus, but now many countries are distancing themselves from the UK.

“The isolation treatment the UK is receiving has rocked market confidence all over Europe.

“Seeing as the new strain of Covid-19 is at the root of this problem, there are fears that other countries might have already been infected too.”

Sterling tumbled as Boris Johnson said he will not give in to demands to extend the Brexit transition period despite the pandemic heightening disruption at UK ports.

Elsewhere in Europe, the other major markets were all dragged lower by the broad downturn in sentiment despite EU regulators approving the Pfizer-BioNTech vaccine.

Across the Atlantic, the Dow Jones also opened in the red as the health crisis overshadowed the agreement by US lawmakers for their 900 billion dollar relief package.

In company news, Sports Direct-owner Frasers Group saw shares slump as it became the first retailer to warn that new Tier 4 measures have caused it to scrap its most recent outlook guidance.

Shares in the company fell 49.4p to 425.6p after it said publicised guidance of a 20% to 30% boost in profits this year is unlikely to be achieved.

Metro Bank soared in value after the challenger bank sold a mortgage book to NatWest Group for £3.1 billion.

It closed 26.5p higher at 141.3p following its confirmation of the disposal.

The price of oil was lower as concerns ratcheted that heightened travel restrictions will hurt demand once again.