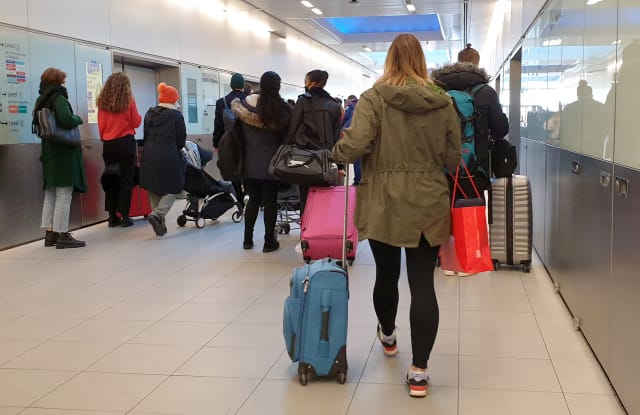 Boris Johnson is to hold crisis talks with ministers after European countries halted flights and ferry crossing from the UK amid fears over the new mutant coronavirus strain.

The Prime Minister will chair a meeting of the Government’s Cobra civil contingencies committee on Monday as ministers seek to ensure a “steady flow of freight into and out of the UK”, Downing St said.

The move comes after France, Germany, Italy, the Netherlands, Belgium, Austria, Ireland and Bulgaria all announced restrictions on UK travel following the disclosure that the highly infectious new strain is widespread across south-east England.

The Port of Dover announced its ferry terminal was closing to all accompanied traffic leaving the UK due to French border restrictions while Eurotunnel said it would shut after the last shuttles left at 9.34pm on Sunday.

Earlier Health Secretary Matt Hancock admitted the new variant coronavirus was “out of control” and that tough new restrictions announced by Mr Johnson on Saturday may remain in place for months.

A No 10 spokesman said: “The Prime Minister will chair a Cobra meeting tomorrow to discuss the situation regarding international travel, in particular the steady flow of freight into and out of the UK.

“Further meetings are happening this evening and tomorrow morning to ensure robust plans are in place.”