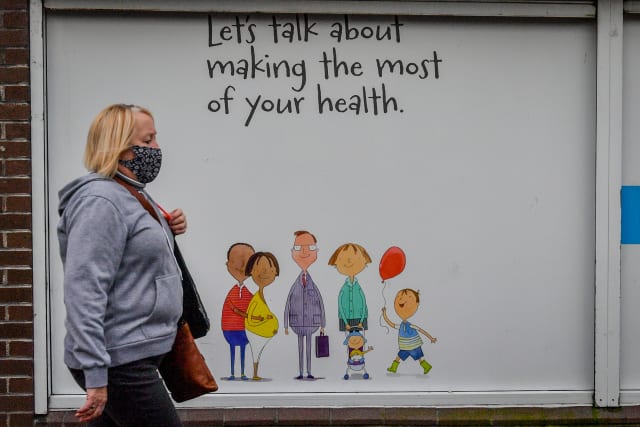 The newest strain of coronavirus can partly account for the rapid surge in cases across Wales, First Minister Mark Drakeford has said, after announcing the country will immediately enter lockdown ahead of Christmas.

Plans to allow five days of relaxed restrictions allowing up to two families to form a festive bubble have also been cut short and will now only apply for Christmas Day.

Wales was due to move into its Level four of restrictions – the highest level available – from December 28, with non-essential retail, close contact services, gyms and leisure centres and hospitality due to close over Christmas Eve and Christmas Day, but will now do so at end of trading on Saturday.

People must also now work from home if possible, while stay-at-home measures will apply from midnight.

The decision followed his meeting with the first ministers of Scotland and Northern Ireland, as well as Michael Gove, on the more infectious and faster-spreading strain of Covid-19.

Mr Drakeford was criticised during the past week for delaying the move into lockdown and keeping the five-day plan in place despite a surge in cases and health boards having to postpone non-urgent care due to pressure on their services.

But on Saturday he said the Welsh Government was having to respond to information that the new strain is “significantly more infectious” and spreads quicker.

He said: “Throughout the public health emergency, we have had to respond quickly to the rapid changes, which have been so typical of coronavirus. Today this new information has required an immediate response.

“This afternoon, the Cabinet met to discuss this worrying new development in the pandemic and to hear the latest advice from our senior medical and scientific advisers, including the impact on our NHS.

“The situation is incredibly serious. We have therefore reached the difficult decision to bring forward the alert Level four restrictions for Wales, in line with the action being taken in London and the south east of England.”

Mr Drakeford was referring to Prime Minister Boris Johnson’s decision to move areas in the south east of England currently in Tier 3 into a new Tier 4 – effectively a lockdown – while the rest of the country will also see the Christmas “bubble” policy cut so it only applies to Christmas Day.

Mr Drakeford said the latest evidence suggested that the new strain is “present throughout Wales” and easing restrictions over Christmas had to be altered as people could not be exposed “to the risk of this new, more virulent strain of coronavirus”.

He also said the new strain partly explained a surge in cases across Wales, with places like Merthyr Tydfil and Bridgend seeing 1,216.7 and 1,070.4 cases respectively per 100,000 people in the week to December 15.

Mr Drakeford told BBC Wales: “We know as of today there are hundreds of people in all parts of Wales who are now suffering from this variation, and those people will be more infectious to other people.

“And other people are more likely to catch the virus because of the way the virus has changed.

“I think when you look at those numbers which are so similar to the numbers in London and the South East, it is genuinely part of the explanation.”

Paul Davies, leader of the Welsh Conservatives, said he had been briefed by Mr Drakeford on Saturday and could “fully appreciate the need for more severe restrictions in Wales”.

“I know that many people will be disappointed as they were looking forward to seeing their loved ones this Christmas, but in the face of the emerging evidence it is clear that Christmas bubble arrangements must change,” Mr Davies said.

“By working together and keeping to the rules we can ensure as many people as possible will be around to celebrate Christmas together in the years to come.”

Adam Price, leader of Plaid Cymru, said: “The introduction of new, tighter restrictions will undoubtedly be a disappointment to those who had planned to see friends and family over the Christmas period.

“However, we all have a responsibility to keep one another safe. While we are once again asked to make a sacrifice at what is usually a sociable time of year, our collective effort is necessary, particularly as a new variant of Covid-19 has been identified.”

Darren Hughes, director of the Welsh NHS Confederation, said: “It is clear we needed to take steps now to get the virus under control, the NHS in Wales simply could not cope if we followed the current trajectory and transmission rates.”