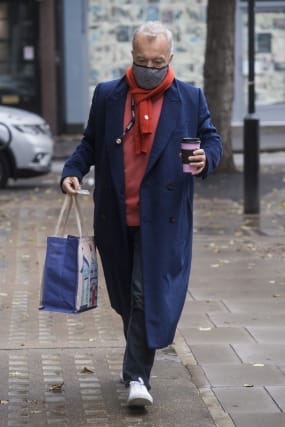 An emotional Graham Norton said he would “miss” his Radio 2 listeners after his 10 years at the station went by in “a blink of an eye”.

The chat show host said goodbye to those who tuned into his Saturday show as he brought to an end a decade of presenting on the station.

With his voice briefly wobbling, Norton thanked his listeners, saying: “It’s just a gig, it is just a job, but it has also been a privilege to be part of your mornings.

“I’m getting emotional now. Someone told me I’d get emotional and I said ‘no I won’t, I really won’t… I’ll just think of the six flights of stairs I climb up, tears gone now’.”

Norton added: “It has been a privilege to be part of your Saturday mornings because it’s lovely just sharing your lives and hearing your messages, and that’s been the greatest joy of being on Radio 2, it really has.”

The 57-year-old also thanked his colleagues and those who work at Wogan House in London from where his Saturday programme was broadcast.

“It really is a happy place to be, it’s a very lovely family here at Wogan House,” he said.

He chose his “favourite song ever”, S Club 7’s Reach for the Stars, to play out the show.

Signing off, he said: “Biggest thanks go to you for tuning in and taking part in the show. I’ll miss you. Until the next time, stay safe and well.”

Norton earlier joked he planned to leave Radio 2 in a taxi rather than “a hearse” as his final show got under way, dubbing it “the end of an era”.

He read out messages from listeners who said they were sad to see him go and would miss him.

The broadcaster joked: “Shall we just put it in brackets that everyone’s sad it’s my last show?

“Just bear in mind, as you’re doing your sadness, when I leave here today I’m leaving in a taxi not a hearse. We’re OK.

Norton joined Radio 2 in 2010 to host the 10am to 1pm slot on Saturdays, taking over from Jonathan Ross.

Strictly Come Dancing co-host Claudia Winkleman is set to replace Norton on the Saturday morning show. She will take over the slot from February.