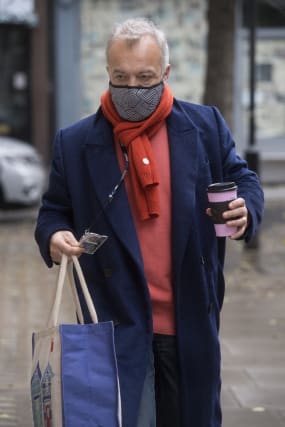 Graham Norton joked he planned to leave Radio 2 in a taxi rather than “a hearse” as he presented his final show after 10 years at the station.

The chat show host dubbed it “the end of an era” as his last Saturday programme got under way.

Norton kicked off the show with Diana Ross’s Chain Reaction before reading messages from listeners who said they were sad to see him go and would miss him.

The broadcaster joked: “Shall we just put it in brackets that everyone’s sad it’s my last show?

“Just bear in mind, as you’re doing your sadness, when I leave here today I’m leaving in a taxi not a hearse. We’re OK.

She will take over the slot, which broadcasts from Wogan House in London, from February.