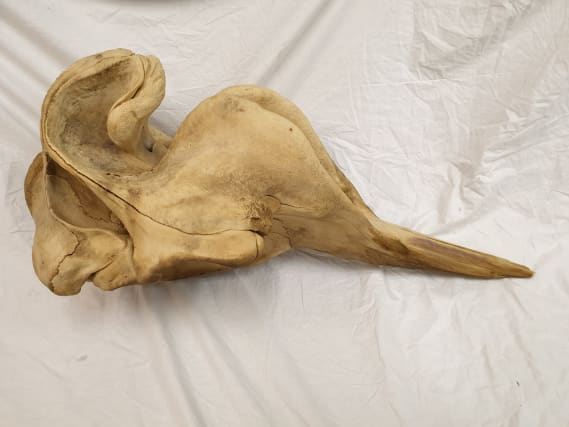 Police are trying to trace a whale skull due to be studied in Scotland, which has gone missing from a beach.

The northern bottlenose whale carcass washed up near Cape Wrath in the far north of Scotland in 2018, before it was moved to Cocklawburn Beach near Berwick-upon-Tweed in October.

It was being monitored by the John Muir Trust with plans to remove the 45kg skull – measuring 100cm x 60 x 60 – to National Museums Scotland to be studied.

Police said the skull was removed at some point between October 19 and 22.

“People may not be aware that it is illegal to remove their remains from beaches and other coastal areas.

“This particular item had been earmarked for study.

“It is a rare example of this species in Scotland and therefore is of significant scientific interest to improve both our understanding of the species and its protection.

“It is a very big and unusual item and someone must know of its whereabouts. If you do then please contact Police Scotland so we can arrange for its return to the museum.”

“Strandings of this mammal are rare and examples such as this can contribute greatly to the knowledge we hold about these incredible animals and provide a valuable resource to enable further future scientific study of the species and its ecosystem.”

Police Scotland is involved in the operation because the carcass had been found on a Scottish beach, despite the skull going missing in England.

Officers have been using other methods of enquiry before issuing its appeal for information on Friday.