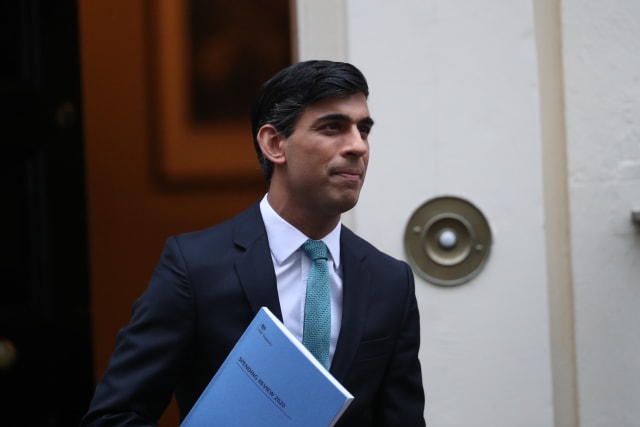 The Office for National Statistics (ONS) will disclose the scale of borrowing in November and current state of the UK deficit in an update on Tuesday December 22.

In its previous update in October, the organisation revealed a decrease in monthly borrowing to £22.3 billion.

However, economists have predicted that greater economic support to deal with tightened coronavirus restrictions and lockdown measures will have piled more pressure on to public sector finances.

Analysts at Investec have forecast that public sector net borrowing will surge to £31.4 billion for November, about £26 billion higher than the same month last year.

“While the figures for this year look scary, the lion’s share of the increase in borrowing relative to last year represents the direct cost of the various economic support measures,” Investec analysts said.

They said that November’s figures are set to be lifted by “a rise in the take-up of the furlough scheme”, which was extended beyond October and will now continue until April 2021.

On Thursday, HMRC said another £3.4 billion worth of claims were made between November 15 and December 13, taking total claims to £46.4 billion and 9.9 million furloughed jobs.

Investec said that although the winding down of programmes is likely to reduce borrowing, they still expect the Chancellor to address concerns over fiscal sustainability with “a selected rise in taxes at some stage”.

If borrowing continues at this pace, the UK’s deficit would reach £346 billion over 2020-21 as a whole, although the Office for Budget Responsibility (OBR) forecast £394 billion in its spending review, highlighting that borrowing could still accelerate.

Russ Mould, investment director at AJ Bell, said: “This all begs the question of how the deficit is to be funded.

“The Bank of England is doing its bit by holding interest rates at historic lows and manipulating Government bond yields via its quantitative easing scheme to try and cap them.

“As a result, the OBR actually expects interest costs on the national debt to drop as a percentage of GDP going forward.”