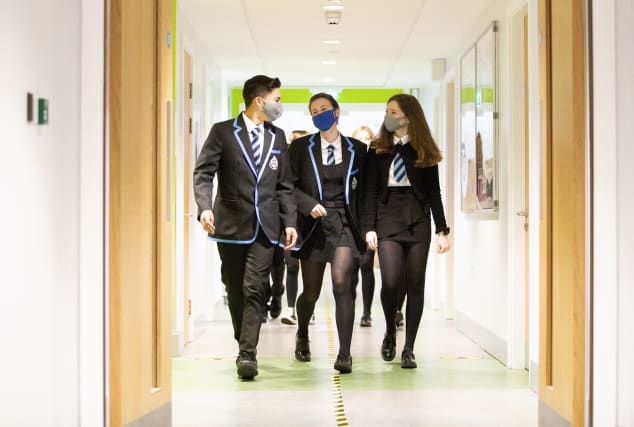 Secondary schools and colleges which are unable to set up mass Covid-19 testing of students for the first week of January should not be forced to, according to advice from a coalition of education unions.

In a letter to schools, seen by the PA news agency, headteachers have been told they will receive the full support of their union if they decide they cannot carry out tests at the start of term.

It comes after the Government announced secondary school and college pupils’ return to class in England will be staggered in the first week of January to help schools roll out mass testing of students.

Schools minister Nick Gibb said the tests will be administered by volunteers and agency staff and details will be published next week.

But education unions jointly warned that testing in secondary schools will not be ready at the start of January due to the Government’s last-minute announcement of the scheme at the end of term.

The union advice said: “Many of our organisations have been actively calling for such tests for some time.

“However, it is our view that due to the chaotic and rushed nature of this announcement, the lack of proper guidance, and an absence of appropriate support, the Government’s plan in its current form will be inoperable for most schools and colleges.”