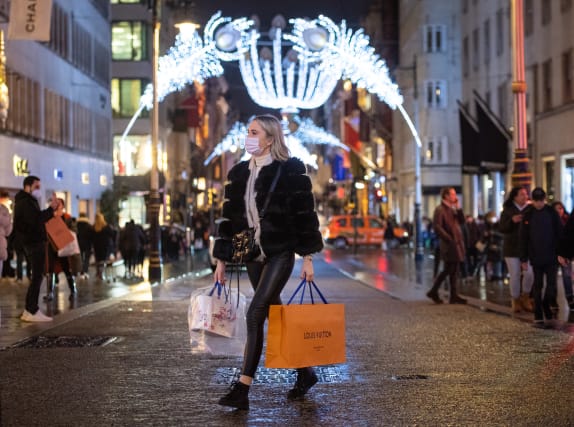 It was above the expectations of analysts, who had forecast a 4.1% slump in retail sales for month.

Lower clothing sales were a significant factor contributing to the slump, the ONS said, tumbling by 19% compared with the previous month.

In November, food and household goods were the only sectors to show growth in monthly volume of sales, with improvements of 3.1% and 1.6% respectively as stores remained open due to essential status.

The ONS said retailers suggested that food sales in November were boosted by restrictions to hospitality operators such as bars and restaurants.

Deputy national statistician for economic statistics Jonathan Athow said: “After a run of strong growth, retail sales fell back in November as restrictions meant many stores had to close their doors again.

“Clothing and fuel were particularly hit by the winter lockdown, with their sales falling sharply.

“Household goods and food shops were the only areas to see their monthly sales increase, with feedback from stores suggesting consumers brought forward their Christmas spending, particularly on festive home products and DIY.

“Food sales, especially click and collect, were boosted as people were not able to eat out.”