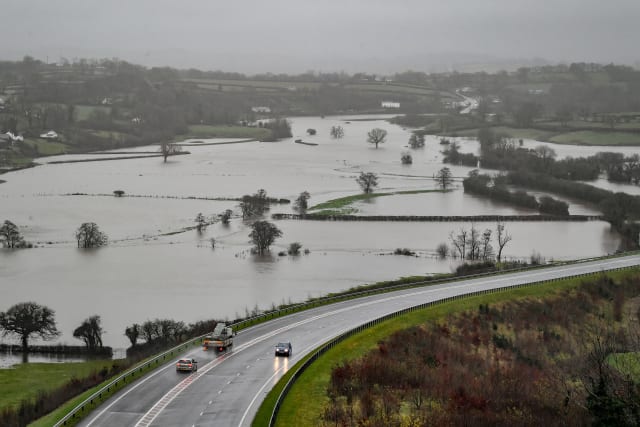 South-western areas hit by downpours on Friday are set to face lighter rain over the weekend, with the flood risk reduced.

Amber weather warnings for flooding in South Wales, Devon and Cornwall were issued until midnight on Friday, with yellow rain warnings in place for the south-west coast and Lancashire until the early hours of Saturday.

But this band of wet weather will gradually make way for sunshine and lighter showers across the whole nation throughout the weekend, the Met Office said.

Torrential rain on Friday caused flooding in areas including Carmarthenshire in Wales, where fields became waterlogged after the River Towy burst its banks.

There were only reports of surface water elsewhere in the country by Friday night.

Train services between Aberdare and Fernhill were suspended due to water on the tracks, while the service between Pembroke Dock and Whitland was briefly paused.

Looking ahead to the weekend, the Met Office said average temperatures will range from 9C in the northern edges of Scotland to 12C on the south coast, and most areas will see rain and sunny spells.

Temperatures are due to drop to an average of 6C on Saturday night, with the cooler weather bringing hail showers in scattered spots across the UK on Sunday.

Blustery winds of up to 26mph are also expected on Saturday, with the strongest gales due to hit the west coast of Scotland and Wales, and south-west England.