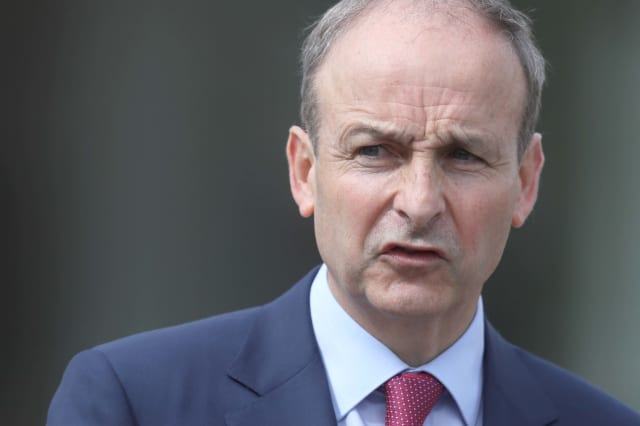 The Irish premier has said “very significant difficulties” remain in the Brexit trade deal talks between the EU and UK, particularly in relation to fisheries.

Micheal Martin’s analysis came as leaders north and south of the Irish border voiced support for a trade deal.

The issue was discussed at Friday’s virtual meeting of the North South Ministerial Council.

Mr Martin said: “If we get a substantive future relationship agreement between the UK and the EU that would make life much, much easier for all of us and particularly would give certainty and clarity to businesses and for workers north and south.”

The Taoiseach said a deal would present opportunities for everyone on the island of Ireland.

Stormont First Minister Arlene Foster said: “We all agree that the best way forward is to have an agreement on the future relationship between the United Kingdom and the European Union.

“I think that’s very important. That is the one point of unanimity on Brexit I would say, but it’s something that I think you can take as very clear.”

Deputy First Minister Michelle O’Neill added: “It’s obvious to state that we obviously want to see a deal and I welcome the confirmation and clarity around the (Northern Ireland) protocol that’s been achieved and hopefully that is positive mood music that leads us into an arrangement that finds a positive outcome, because I don’t think anybody wants to see a no-deal scenario.”

Ireland’s deputy premier Leo Varadkar said: “We’re all agreed that a free trade agreement between the UK and EU is to our advantage and is in the interests of business and workers and farmers and fishermen north and south.

“So we will be using any influence we have to try to secure that agreement over the next couple of days.”

Mr Varadkar warned port queues at Holyhead were likely due to stockpiling.

However, the Tanaiste warned that delays were likely on ferry travel between Ireland and Britain regardless of whether a UK/EU trade deal is struck or not.

“I think it’s likely that any delays at the ports that are happening at the moment are related to stockpiling, a lot of businesses are going to want to fill their warehouses in advance of there being a deal or no deal as the case may be when it comes to Brexit,” he told a press conference after Friday’s meeting of the North South Ministerial Council.

“So we did anticipate that there would be some delays, largely related to stockpiling and businesses prudently wanting to fill their warehouses at this time.

“In terms of disruption in the new year, we’re preparing for that. There will be some, of course there will.

“There’s going to be new checks, new controls. Of course there will be delays and people will have to get used to new procedures and some people may not have their documents filled in and, yes, of course there are going to be difficulties in the new year, but we’re doing everything we can to reduce them and mitigate against them.”