‘Half of adults planning to form Christmas bubble’ 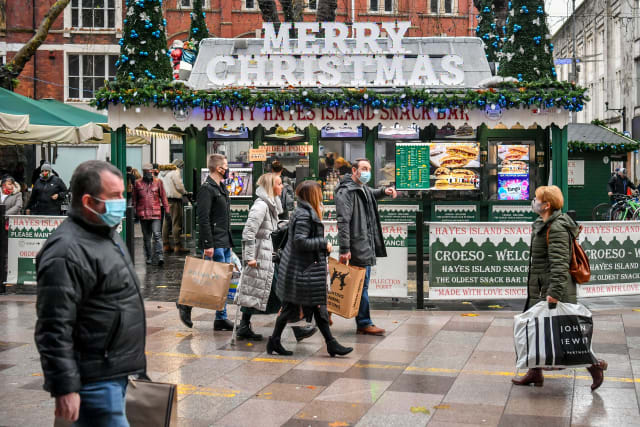 Half of adults across the country are planning to form a Christmas bubble, new figures show.

But the data from the Office for National Statistics (ONS), published on Friday, also found that fewer people are planning social activities, such as meeting in pubs, cafes or bars, compared with last year.

A survey carried out between December 10 and 13 found that 50% of 3,200 respondents across Great Britain said that they plan to form a Christmas bubble.

But the survey was carried out before the Prime Minister Boris Johnson urged people to have a “smaller, safer Christmas” due to Covid fears.

While Mr Johnson said it would be “inhuman” to ban Christmas entirely and confirmed the festive bubble policy allowing households to mix would remain in place he said people should “think hard” about what they do and said that a “smaller Christmas is going to be a safer Christmas”.

The ONS poll also showed that the most popular social activity for the festive period will be staying at home with their household, with 55% of all adults planning to do this.

This compares with 48% of adults who said they did this during Christmas and New Year last year.

A smaller proportion of adults also reported planning various social activities with their family and friends this Christmas than last year.

Only 4% of people said they plan to meet up in restaurants, cafes or bars this festive period, compared with 44% who said they did this last year, the ONS added.

Fewer people said they are planning to travel more than 30 minutes by car or public transport this year, or go abroad, the survey found.

Only 1% of people are planning to travel overseas during the Christmas period, compared with 8% last year.

Tim Vizard, principal research officer at the ONS, said: “This week, we found that around half of adults planned to form a Christmas bubble.

“However, we can see that, even before the updated guidance about socialising over Christmas, people were already making significant changes to the way they normally celebrate Christmas.

“This included lower proportions of adults planning to stay overnight with others, travel overseas and travel by public transport compared to last year.”

The survey also showed that more than half (56%) of adults in Great Britain feel it is very easy or easy to understand the rules around forming a Christmas bubble.

The research also found that 51% of people tend to strongly support or support Government rules regarding travel or forming a Christmas bubble, rising to 57% for those aged 70 or over.

Among all adults who felt it would be very difficult or difficult, the most common reasons were finding it difficult to choose between friends or family (46%) or to stick to a bubble of only three exclusive households (46%), the ONS said.

The survey also found that nearly eight out of 10 (78%) people would be either very likely or fairly likely to have the Covid-19 vaccine if offered.