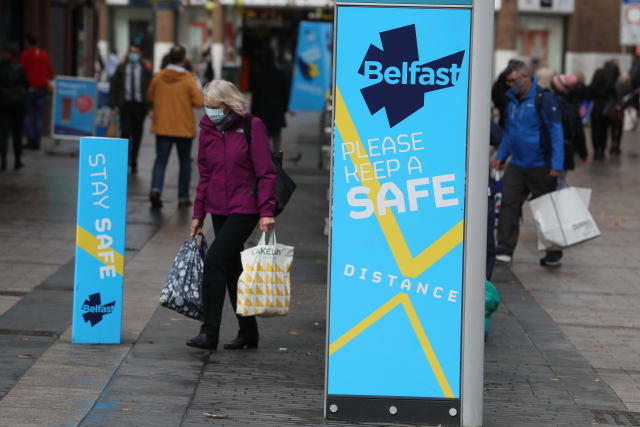 A sweeping coronavirus lockdown has been proposed for Northern Ireland as the region struggles to suppress the virus.

Stormont executive ministers are due to convene on Thursday afternoon to consider Mr Swann’s recommendations.

Widespread closures across retail, hospitality and leisure have been urged.

It is understood health officials have said a reduction in face-to-face school learning after Christmas would also help to combat the spread of the disease.

Stormont sources said the proposals are more akin to March’s full-scale lockdown than the recent periods of circuit-break restrictions.

Case numbers continue to rise in Northern Ireland despite the latest two-week circuit-break.

Health chiefs have cited low compliance with the regulations and guidance as a reason infections, hospital admissions and death rates remain relatively high.

Hospitals across the region are running over capacity.

On Tuesday, queues of ambulances were witnessed at accident and emergency departments (EDs) across Northern Ireland as patients were treated in car parks due to a lack of capacity inside the hospitals.

At one point 17 ambulances containing patients were lined up outside the ED at Antrim Area Hospital.

Ahead of Thursday’s executive meeting, economy minister Diane Dodds said Northern Ireland was in an “extremely challenging position” in terms of the virus’s transmission.

Covid-19 infections ‘may have risen’ at start of current lockdown