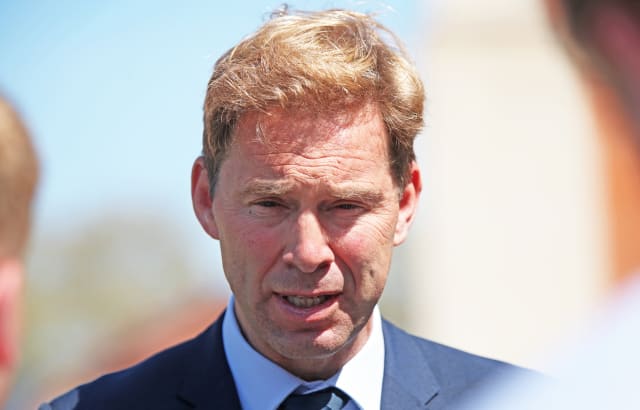 Home Secretary Priti Patel has accused a Tory MP of breaching coronavirus rules by attending a Christmas dinner for 27 guests.

Tobias Ellwood, chairman of the Commons Defence Committee, gave a speech at the event in the Cavalry and Guards Club in Piccadilly hours before London entered Tier 3.

The Bournemouth East MP is understood to have believed the event, described on the organisers' website as a "Christmas party", was compliant with the rules and is expected to issue a formal statement later.

Mr Ellwood told the Daily Mail, which first reported his attendance on Tuesday, that the Iraq Britain Business Council event was a "business meeting" permitted under Tier 2 rules and not a party.

But his Conservative colleague Ms Patel suggested he could face a fine.

Asked by ITV News if his actions were an "egregious" breach of the rules, Ms Patel said: "Well, it is. Of course it is exactly that.

"Having dinner outside of the rules with a large number of people is a breach of the regulations."

Asked if there should be a punishment, Ms Patel said: "There are fixed penalty notices. I don't know the details as to where this happened or the location, but I'm sure, as it is a breach, that will be followed up."

But she declined to say whether it is a disciplinary matter for the party, acknowledging that "I simply do not know the full details".

Mr Ellwood attended the event the day after he told the Commons that allowing families to meet over Christmas "could be very dangerous indeed" and suggested the relaxation of rules over the festive period could lead to a "third wave".

The Government's Tier 2 guidance states that "gatherings for work purposes are only allowed where they are reasonably necessary".