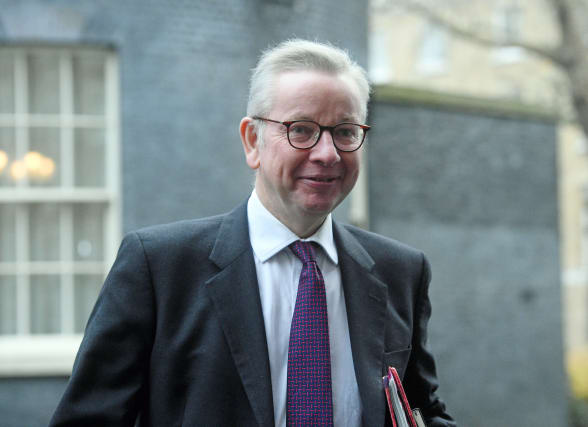 Traders were left scratching their heads over what to make of the latest comments coming from Brussels and London regarding the ongoing negotiations on an EU-UK trade deal.

Michael Hewson, chief market analyst at CMC Markets UK, explained: “The FTSE100 has slipped back a touch, unable to gain a foothold above the 6,600 level, and subsequently slipping into negative territory on comments from Michael Gove who poured cold water on some of the optimism over the prospect of a Brexit deal by this weekend, saying that it was more likely that we may not get a deal.

“The slightly firmer pound may also be acting as a drag on the margins, though it is also off its highs on Gove’s comments.”

He added: “The divergence between the comments from EU negotiator Michel Barnier which have been fairly optimistic and the recent comments from Michael Gove are a little hard to square, with what markets are starting to price in.”

In company news, Upper Crust and Caffe Ritazza owner SSP warned sales are set to plunge by 80% in its first quarter after recording a £425.8 million loss over the year to September 30 against pre-tax profits of £197.2 million the previous year. Shares closed down 9p at 317.2p.

Outsourcing giant Serco reconfirmed profits are expected to rise 35% to between £160 million and £165 million thanks, in part, to big wins under the Government’s Test and Trace contracts.

But bosses said it would delay any dividend payment decision, and would hand out £5 million in bonuses to staff, alongside repayment of £3 million in furlough claims. Shares closed up 3p at 123p.

Advertising giant WPP said it expects sales to return to pre-pandemic levels by 2022, a year earlier than previously forecast. Annual cost savings of £600 million are hoped to be achieved by 2025 it added. Shares closed up 32.8p at 815p.

Luxury retailer Watches of Switzerland upped its full-year sales outlook for the second time in two months, meaning full-year sales are now set to come in at up to £925 million. Previous estimates were between £880 million and £910 million. Shares closed up 33p at 555p.

Bar chain Revolution confirmed its trading performance for the past financial year, reporting a slump in revenue to £110.1 million for the year to June, from £151.4 million in the previous year. Pre-tax profits hit £31.7 million for the period, as it was impacted by £21 million in exceptional costs. Shares closed up 2p at 22.25p.