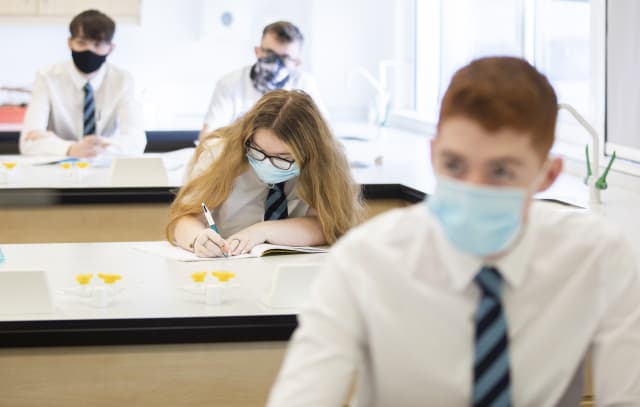 Ministers are discussing how pupils will return to school at the start of January, a top official at the Department for Education has said.

Susan Acland-Hood, permanent secretary at the Department for Education (DfE), has suggested an announcement on how children will go back to school after the Christmas break will be made on Thursday.

It comes after reports suggested that the Government could be considering delaying the start of term.

When asked about the reports during a Public Accounts Committee (PAC) hearing, Ms Acland-Hood told MPs that the DfE did not have “any plans to lengthen the Christmas holiday”.

But she added: “There are conversations going on about exactly how parents and pupils will go back at the beginning of January, but I’m afraid I can’t speak to the committee about that this morning.”

Meg Hillier, chairwoman of PAC, asked whether there could be a staggered return of students in the new year, but Ms Acland-Hood said she could not comment.

Ms Hillier said it was “ludicrous” that on the final day of term for many schools in England that parents and headteachers still do not know what is happening on the week commencing January 4.

“I mean if a school is breaking up tomorrow and that means pupils and teachers and other staff will not be in the school next week how are they expected to plan for any changes in January?”

Ms Acland-Hood said: “I cannot communicate a decision that has just not yet been made or communicated by ministers.”

She added: “If a change were to be made I think we would need to communicate it today.”

When asked whether a written statement on Thursday would announce possible changes for January, the DfE permanent secretary said: “I believe so.”

It comes after Education Secretary Gavin Williamson threatened legal action against Greenwich council after it advised schools to switch to remote learning for most pupils on the final week of term.

Council leaders in Waltham Forest and Islington – who had also advised schools to move to online learning for the last few days of term – received letters from ministers urging them to retract their advice.

Speaking about the events in London this week, Ms Hillier said parents have had “very confusing messages” from Government and local authorities.

She said: “So it’s just a complete dog’s breakfast out there. Parents don’t know from day-to day whether their child is going to be in school partly because of Covid but then this layered on top is unacceptable surely?”

It came as new figures suggested that more than half of a small sample of schools surveyed in England had at least one Covid-19 infection last month.