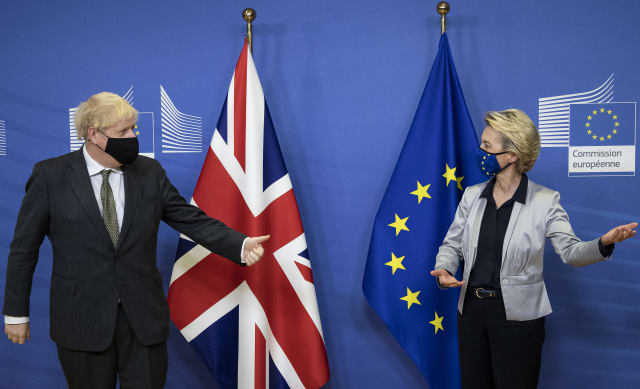 Boris Johnson and Brussels’ top official will speak on Thursday evening to discuss the state of play in the Brexit negotiations.

But Number 10 downplayed the chances of a breakthrough, suggesting it would only be a stocktake rather than a deal.

Negotiations between the UK and EU continued this week after they were given the green light following a meeting between Mr Johnson and Mrs von der Leyen last Wednesday.

Despite days of talks, Michael Gove – the Cabinet Office Minister – said on Thursday that the chances of an agreement remained “less than 50%”.

He told the Commons Brexit Committee the “most likely outcome” was that the current transition period would end on December 31 without a deal.

“I think, regrettably, the chances are more likely that we won’t secure an agreement. So at the moment less than 50%,” Mr Gove said.

He also said the Government will not seek to negotiate a fresh trade agreement with the EU next year if they cannot reach a deal before the end of the Brexit transition period.