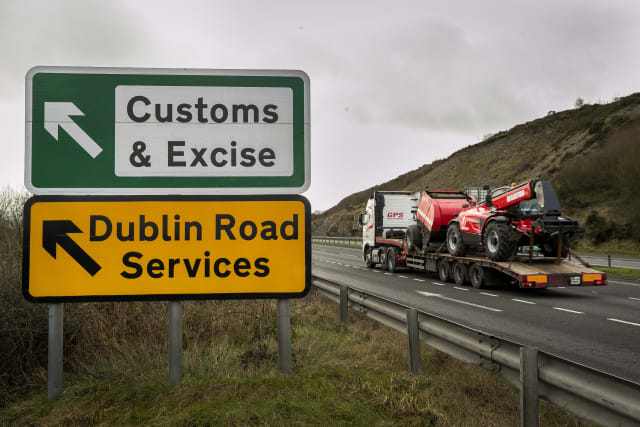 The Northern Ireland Protocol has placed the region at a significant market advantage over competitors in Britain, a senior Stormont official has said.

The unfettered access Northern Ireland has already secured to the EU market was what the rest of the UK was striving to achieve in trade negotiations, Andrew McCormick told an Assembly committee.

Mr McCormick, who heads up the Executive’s work on Brexit, was giving evidence to the Executive Office Committee on last week’s agreement on the operation of the protocol.

The protocol was designed to maintain a free-flowing border on the island of Ireland.

It will see Northern Ireland remain in the single market for goods and apply the EU customs code at its ports.

Under its terms, Northern Ireland companies will have tariff-free access to the Irish Republic and the wider EU.

“That’s actually of course a very significant market advantage and any time I talk to Edinburgh, they’re saying, ‘Well, you know we’d like that too’ and many traders across the water would like to have that access to EU markets,” he said.

“In a way it’s what the trade negotiations are all about – the conditions for GB to have access to sell into the single market and how to get a zero quota/zero tariff trade deal and they’re having to go through an intense year of negotiations.

“But we’ve got it in the protocol, guaranteed and secure – so that’s definite.”

Mr McCormick insisted the terms of the protocol would not change regardless of whether a wider UK/EU trade deal materialised.

“There’s no mechanism by which they could be overturned,” he said.