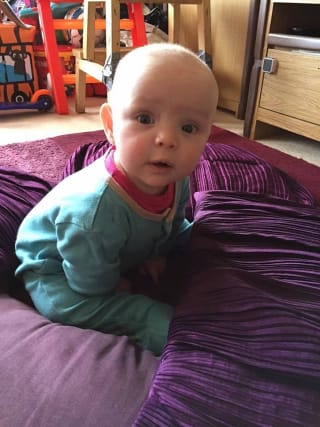 An 11-month-old girl who died in hospital was let down by “a gross failure to provide basic medical care” after she was injected with five times the required dose of an anti-seizure drug, a coroner has ruled.

Sophie Burgess was given a lethal amount of phenytoin, despite the protestations of a nurse who said it was both unnecessary and against protocol.

The baby had initially been taken to St Peter’s Hospital in Chertsey following a seizure, for which she was given phenytoin.

But the child, described by her parents as “a happy baby, always smiling”, vomited, went into cardiac arrest, and died three hours later.

The initial inquest was halted in 2017 to allow for a police investigation, but was resumed last month without criminal proceedings being brought.

Returning a narrative conclusion at Surrey Coroner’s Court on Wednesday, with a reference that neglect was a contributory factor,  assistant coroner Dr Karen Henderson said: “I’m satisfied Sophie would not have died when she did if five times the amount of phenytoin had not been administered by the nurses.

“It was a serious but simple basic error that set Sophie on a path that sadly and devastatingly led to her death.

“The inexperience of the medical staff, that lay in outdated national policy that did not meet medical standards, contributed to that journey.”

She added: “Sophie was in a dependent position, there was a gross failure to provide basic medical care.”

The nurses involved could not recall who prepared the medicine, the inquest heard, nor was the dosage checked by the consultant.

The coroner said she would write a Prevention of Future Deaths report explaining the need for medical staff to check the amount of drugs prepared before being administered, particularly when they have the ability to kill.

She also said Ashford and St Peter’s Hospitals NHS Foundation Trust had since conducted an external review and implemented all recommendations.