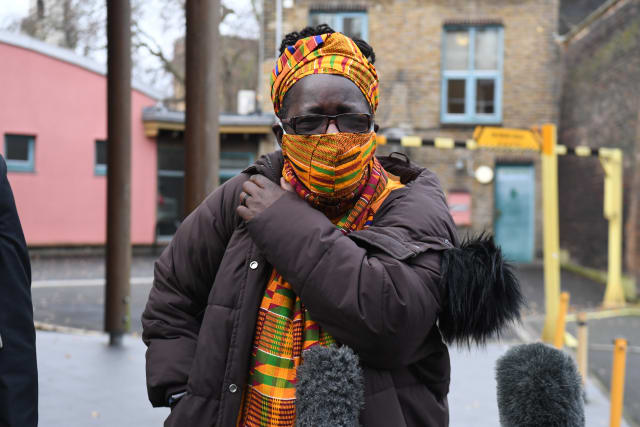 The mother of a nine-year-old girl who suffered a fatal asthma attack said she has won justice for her after a coroner ruled air pollution contributed to her death.

But with other children still exposed to illegal levels of air pollution, the “matter is far from over”, Rosamund Kissi-Debrah said.

Ella Kissi-Debrah is believed to be the first person in the UK to have air pollution listed as the cause of death on their death certificate, following the ruling by assistant coroner Philip Barlow at a second inquest into her death.

Ella, who lived 25m from the South Circular Road in Lewisham, south-east London, died in February 2013, having endured numerous seizures and made almost 30 hospital visits over the previous three years.

A previous inquest ruling from 2014, which concluded Ella died of acute respiratory failure, was quashed by the High Court following new evidence about the dangerous levels of air pollution close to her home.

Speaking at a press conference after the new inquest ruling, Ms Kissi-Debrah said her campaign for a second inquest had been about getting air pollution on her daughter’s death certificate.

But it was also about protecting other children still exposed to high levels of air pollution in London, she said.

Ms Kissi-Debrah said her daughter would have cared about the suffering of other children, and she wanted her legacy to be a new Clean Air Act and for governments around the world to take the problem seriously.

She called for a public information campaign with clear messages to educate people on the damage air pollution is doing.

In his conclusions, Mr Barlow said it was not disputed that in the period between Ella being diagnosed with asthma and dying, the whole of the UK was in breach of its obligations to comply with the nitrogen dioxide limits set under both EU and domestic law.

He said: “As I understand it, London has still not reached compliance with those limits.”

After the inquest, Ms Kissi-Debrah told reporters: “Yes, this was about my daughter, getting air pollution on the death certificate which we finally have, and we’ve got the justice for her which she so deserved.

After the coroner also ruled Ella’s mother had not been given information on the health risks of air pollution that might have helped prevent Ella’s death, Ms Kissi-Debrah said she was “not going to sit here now and regret things that have gone on”.

She said she hoped there would be more information available in the future at GP surgeries, hospitals and on leaflets, so people could make informed decisions.

Ms Kissi-Debrah said: “When you balance it out, yes the information should have been there, it wasn’t, but maybe we can make sure the information is there for the future.”

“I still think there’s a lack of understanding about the damage it does to young lungs, especially that are not truly formed.

“I would rather, going forward, we do a public awareness campaign, teach the population about the damage air pollution is doing, rather than a blame game.”

The messages on air pollution need to be concise and very clear, she said.

Asked what Ella might make of the inquest’s conclusion, Ms Kissi-Debrah said: “I think for her it would be about other children suffering.

“Her legacy would be to bring in a new Clean Air Act and for governments – I’m not just talking about the UK Government – governments around the world to take this matter seriously.”