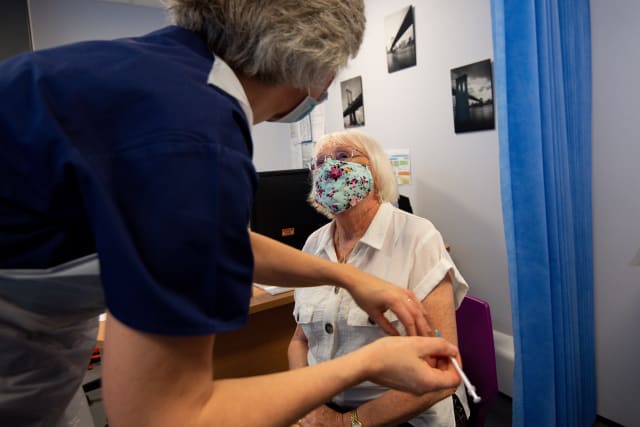 The Government plans to publish data on the number of people who have had Covid-19 vaccines as early as next week.

The PA news agency understands that agreement is currently being sought with the devolved nations to ensure any data presented is consistent across England, Wales, Scotland and Northern Ireland.

It comes after Government officials would not be drawn on how many doses of Pfizer/BioNTech vaccine are due to arrive in the UK and on what schedule.

It had been hoped that 10 million doses would be in the country by the end of 2020, but this has now dropped to five million doses.

Overall, the UK has already ordered 40 million doses of the jab – enough to vaccinate 20 million people.

“We are verifying the data and ensuring that it is in the right place before putting that into the public domain, but you won’t have to wait very long for regular reporting to happen,” he said.

“I’m not able to say today the exact regularity, but within a very short period of time we will be publishing the data.

“We’ve obviously moved extremely fast as a country – we’re the first mover in the world of vaccines so the rollout is happening at pace.

“Tens of thousands of people have been vaccinated, people will be being vaccinated as we speak, right now, but I think it was right that the Department for Health took a few days or weeks to make sure that the data was as robust as possible before starting to put that out into the public domain.”

PM on President Biden being 'woke'