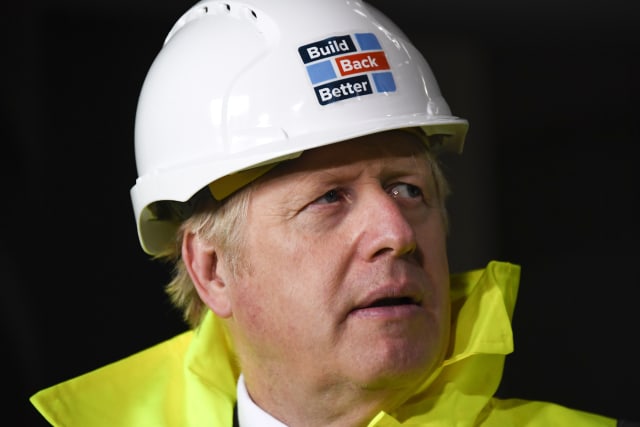 Boris Johnson appears unlikely to live up to his commitment to lie in front of bulldozers to prevent the building of Heathrow’s third runway.

As London mayor, Boris Johnson claimed the expansion of the west London airport would mean “investing in decline” and vowed to obstruct construction because it would “fail both London and the UK on every level”.

In September 2015, he sent a 30-page dossier to MPs and peers attacking the decision by the Airports Commission to recommend the expansion of Heathrow, and instead pushed for a new island airport in the Thames estuary.

Mr Johnson, who is also the MP for Uxbridge and South Ruislip – near the airport, said at the time: “The Airports Commission has spent several years in the production of a gigantic ball of wool that they are now attempting to pull over the eyes of the nation.

“The figures teased out of their report on the fall in domestic and even long haul connectivity show that as a nation, by expanding Heathrow, we would merely be investing in decline.

“Their report very clearly shows that a third runway will fail both London and the UK on every level.

“Our great nation is sleepwalking its way towards becoming a bit part player in the aviation world. Now is the time for boldness. Now is the time to build an airport that can fulfil the needs of every corner of the UK.”

But this year, Mr Johnson’s Government has pushed ahead with the expansion despite opposition from environmental groups, and the plans were given a major boost after the airport’s owner won a Supreme Court challenge on Wednesday.

Heathrow Airport Ltd successfully overturned an earlier ruling that the Government had failed to take account of its own climate commitments when it approved the scheme.

Mr Johnson has faced criticism for his U-turn since 2015 from opposition MPs including John McDonnell and Dr Rupa Huq, and following the Supreme Court ruling Labour councillor Geoff Barraclough reminded the Prime Minister of his promise.

On Twitter, the councillor for Maida Vale in London said: “The third runway will never get built because our Prime Minister did promise to lie down in front of the bulldozers”.

When asked about Mr Johnson’s promise, his press secretary Allegra Stratton said: “They are his words from 2015.”

But she added the “point the PM would make now” is that “any expansion must meet strict criteria on air quality noise and climate change and the Government will come forward with a response shortly”.