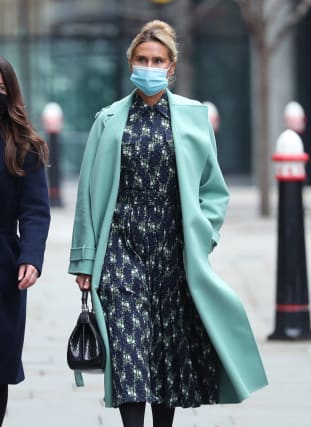 A divorcee trying to get her hands on £450 million she is owed by her Russian billionaire ex-husband and her eldest son have traded blows during the latest round of a High Court fight.

Tatiana Akhmedova, 48, says her ex-husband, 65-year-old businessman Farkhad Akhmedov, has hidden assets and has accused their 27-year-old son, Temur Akhmedov of acting as his father’s “lieutenant”.

Ms Akhmedova, who is from Russia but lives in London, says he has helped his father hide assets and owes her nearly £70 million.

Lawyers representing Ms Akhmedova have told a judge overseeing the dispute that Temur Akhmedov is an “extraordinarily dishonest” individual.

Temur Akhmedov has replied by accusing his mother of coming up with “incredible” theories and says her claim against him should be dismissed.

Mrs Justice Gwynneth Knowles has considered evidence in the fight between mother and son at a hearing in the Family Division of the High Court in London.

She is now listening to legal arguments.

Alan Gourgey QC, who leads Ms Akhmedova’s legal team, said in a written submission: “Temur can only be described as an extraordinarily dishonest, devious and evasive individual.”

He added: “Whilst no mother would ever wish to make such a submission about her child, that is the only available conclusion from the evidence – Temur will lie or cheat whenever he thinks such conduct will benefit him.”

He added: “She refused to accept the obvious, came up with theories that were incredible …

“There is no doubt that Tatiana is a ‘victim’ of Farkhad’s conduct, and that Temur (belatedly) acknowledged his involvement in some of Farkhad’s discreditable conduct.

“However that does not ‘get Tatiana home’ on her claim.”

Mr Justice Haddon-Cave said she should receive £453 million – lawyers say the payout is the biggest of its kind.

But judges have heard that she has so far received about £5 million and Farkhad Akhmedov has not voluntarily paid anything.

Mr Akhmedov says because he and his ex-wife are not British, and were not married in Britain, a British judge should not have made a decision.