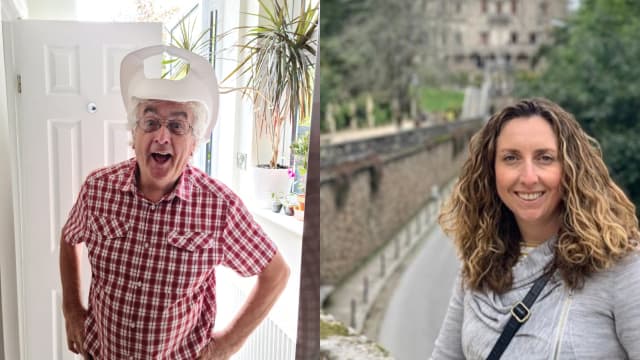 Families across the UK have decided to cancel their Christmas plans despite the four nations proposing to stick with relaxed restrictions.

Under the original festive bubble rules, up to three households would be allowed to mix between December 23 and 27 in the UK.

But with confirmed cases rising as Christmas approaches, and with Wales advising people to limit their bubbles to two households, some families have cancelled their plans altogether.

Marlene Kayley, 71, from Lancashire, had planned to see her son but his growing concerns over his mother’s health prompted him to cancel.

“At first they thought they would form a bubble of three families,” said Mrs Kayley of her son and his fiance.

“The parents of my son’s fiance (in their 60s) said they didn’t want to risk socialising over Christmas so wouldn’t see them.

“My son then expressed his concern that if he was asymptomatic he’d never live with himself if he infected me and I died.”

The decision was made just two weeks ago – and Mrs Kayley said she understood her son’s choice but remained disappointed.

“After the year we’ve had, starting with not being able to see him on Mother’s Day… I can’t say I’ve got used to any of the upset caused by all the restrictions.

“Yes I’m disappointed and yes I understand my son’s fears.”

Katherine Carter, 37, from Southampton, has seen her own plans change as recently as December 15 due to her parents’ concerns.

She described the Government’s relaxation of restrictions as a “nice thought” before adding “for us it’s just too much of a risk”.

She continued: “I was concerned that they (parents) would be worried, and wanted to know what they were thinking.

“As soon as I mentioned it they confirmed they were worried and thought it best to change plans, which I agreed sounded sensible.

“We’re happy to have a quiet Christmas if it helps to keep them safe and less stressed.”

Geoff Leyshon, 74, from Merthyr Tydfil in Wales, said his entire family made a decision a week ago to scrap their plans after seeing staff at nearby Prince Charles Hospital “on their knees”.

He said: “To us, to all of them and me, we thought it was just common sense. We were told that we can do it… but we felt, no we can’t!

“I appreciate the difficulty, the mental stress, all that goes with it.”

Mr Leyshon added that it would take “a lot of courage” for politicians to change their mind this close to Christmas.

The relaxation of social distancing rules across the UK is expected to go ahead despite warnings about the possible impact on efforts to control the virus.